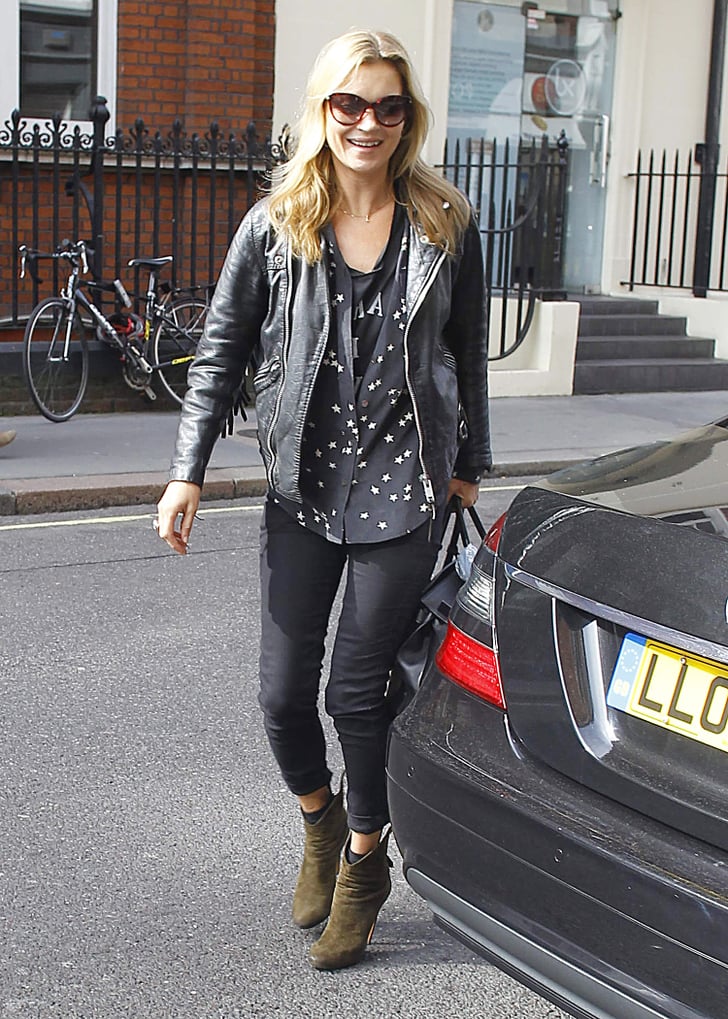 Kate Moss stepped out to pick up some lunch in her London neighborhood on Thursday. The model sported her signature black skinny jeans and leather jacket as she headed into a shop. Kate made news this week when a collection of her iconic images brought in a total of $2.4 million in bids at Christie's auction house in London. The offerings included a mix of photographs, paintings, and sculptures, and Kate attended a private viewing of the sale items last week alongside her husband, Jamie Hince, photographer Mary McCartney, and art collector Gert Elfering, who curated the collection.

Kate has been zigzagging the globe lately while working on exciting new fashion projects. She popped up in Milan earlier this month to celebrate the launch of shoe designer Stuart Weitzman's first flagship boutique, and confirmed her cover spot on the 60th anniversary issue of Playboy in January 2014. Kate's renown has also garnered lots of praise from her fellow supermodels, namely her longtime pal Naomi Campbell. When asked in a recent interview if up-and-coming catwalker Cara Delevingne was poised to be the next Kate Moss, Naomi replied, "There is only going to be one Kate Moss. Kate is an icon."