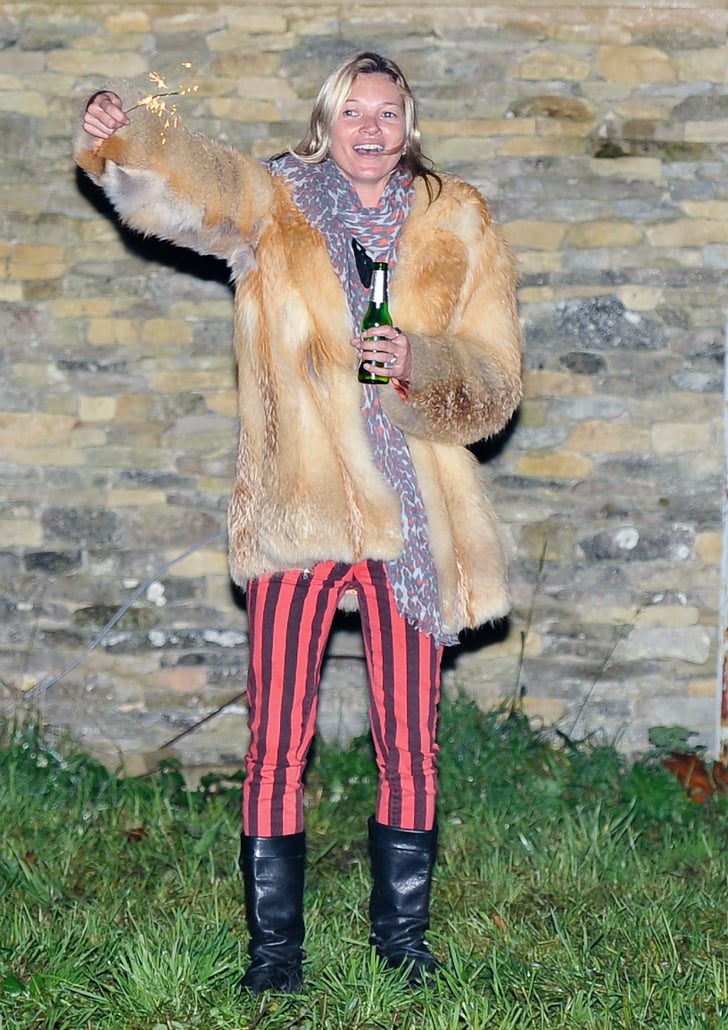 Kate Moss had a sparkler in one hand and a bottle of Becks beer in the other as she celebrated Bonfire Night, the annual commemoration of Guy Fawkes and the fifth of November, with a group of friends in London last week. The supermodel, who was clad in a fur jacket and striped jeans from Paige Denim, seemed to be having a ball at the neighborhood bash — just check out those dance moves.

Before Kate partied on Bonfire Night, she was in the City of Light to take part in a photo shoot with legendary French actress Catherine Deneuve, who she also stepped out with for a Louis Vuitton event in August. While the pictures are sure to be incredible, there's another set of much-anticipated Kate Moss snaps that will be hitting the newsstands in just a few weeks. Kate graces the cover of Playboy's 60th anniversary issue and will reportedly wear the brand's iconic bunny costume in the magazine's pages.