Kate Moss was pretty giggly earlier today as she and her boyfriend Jamie Hince arrived at London's Heathrow airport. It was recently announced that Kate will be co-chairing next year's Costume Institute Gala, but right now they're heading to the US, where Kate is rumored to be hosting a Halloween party. She was feeling festive earlier this week, and apparently she's on top of her costume — she and a friend are planning to be Tina Turner and Cher. Hopefully Jamie doesn't mind that they aren't dressing up as a couple, but clearly he's her preferred partner for traveling. 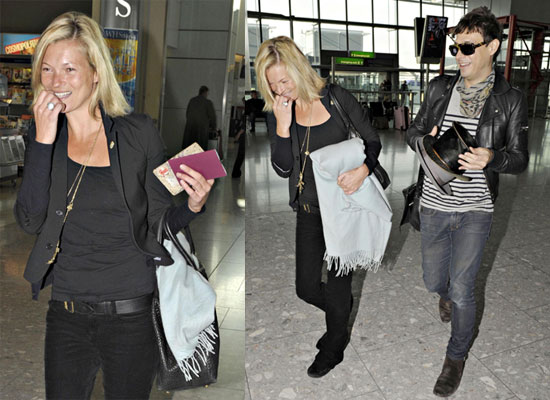 To see more of Kate and Jamie as they begin their trip just read more.

Kate MossJamie Hince
Around The Web