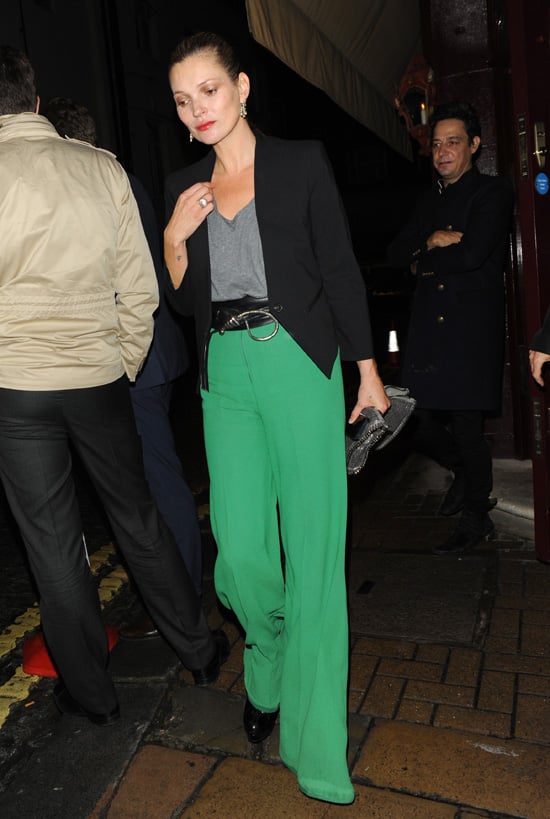 Kate Moss made a chic appearance in London last night when she left Loulou's club in London with her husband, Jamie Hince. The couple had a date night after celebrating Kate's daughter, Lila Grace Hack, over the weekend when she rang in her 11th birthday. Kate and her family have been spending the past few weeks in their home base of London despite a very hectic month of Fashion Weeks taking place in New York, Paris, Milan, and the English capital. The supermodel only made one major Fashion Week appearance when she attended the opening of a Stuart Weitzman store in Italy during Milan Fashion Week back in September. Other than that one appearance, Kate has been keeping out of the Fashion Month hubbub. 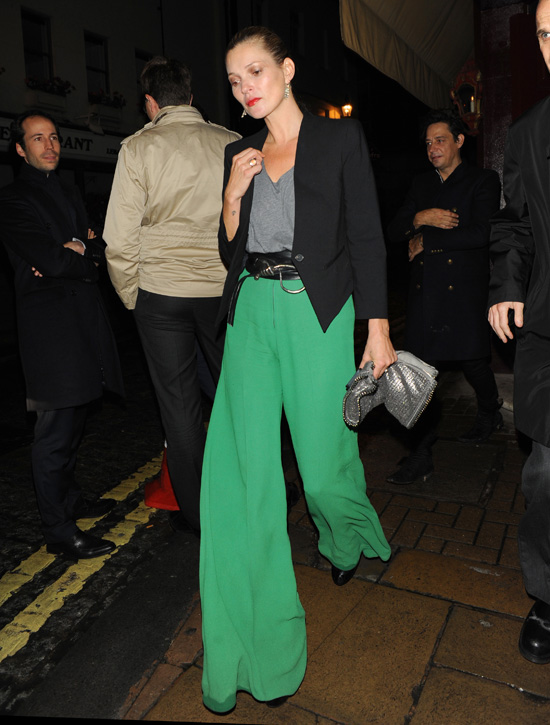 Celebrity Instagrams
Jenna Ushkowitz Is Going to Be a Mom: "Baby Girl Stanley Coming in June"
by Monica Sisavat 17 hours ago