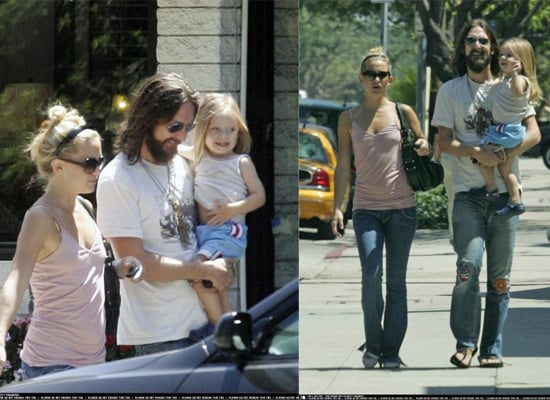 Is Kate Rethinking Her Marriage?

Shortly after Kate and Chris announced they were splitting, the two were spotted grabbing breakfast together with their son Ryder. There were absolutely no signs of tension between the two. In fact, Kate's wearing her wedding band. Is Kate re-thinking the breakup? She did bail on the You, Me and Dupree premiere in London to spend time with her family. US Weekly Reports: 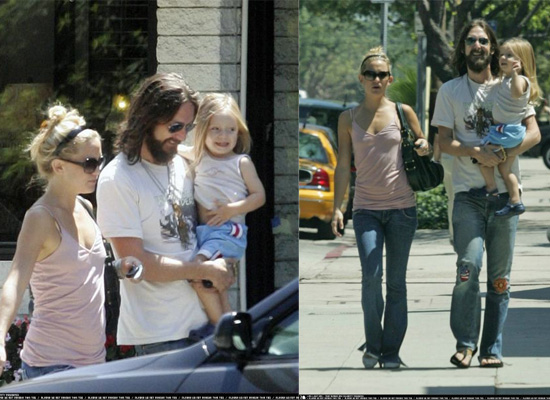 “Kate knows that Chris was a great husband and father, and questions what kind of future she would have with Owen,” says a source. “Owen has never been monogamous and Kate knows that.”

By all accounts, it was Wilson’s sense of humor that won Hudson on the set of You, Me and Dupree last year. “At times I couldn’t look at him and not laugh,” she has said. The chemistry was obvious to anyone who saw them interact. They partied at NYC club Marquee and made out on a couch at a party in L.A. thrown by CAA agent Bryan Lourd, a witness says. Now the question is whether this was a fling or a relationship built to last.

Oh, who knows what really happened, but it looks like these two may not be completely over yet. Whatever you do, don't blame Owen, he may sue. Lots more pics of Kate enjoying the weekend with her 2 boys so read more