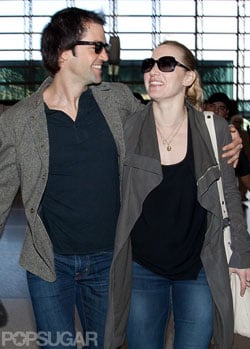 According to Us Weekly, Kate Winslet and Ned Rocknroll are married! The couple tied the knot in NYC earlier this month; they first started dating in 2011. Kate's rep released a statement saying, "I can confirm that Kate Winslet married Ned Rocknroll in NY earlier this month in a private ceremony attended by her two children and a very few friends and family. The couple had been engaged since the Summer." According to reports, Leonardo DiCaprio walked Kate down the aisle.

Kate and Ned's most recent public appearance was at a horse race in Hong Kong on Dec. 10. This is Kate's third marriage and Ned's second. Congrats to the newlyweds!