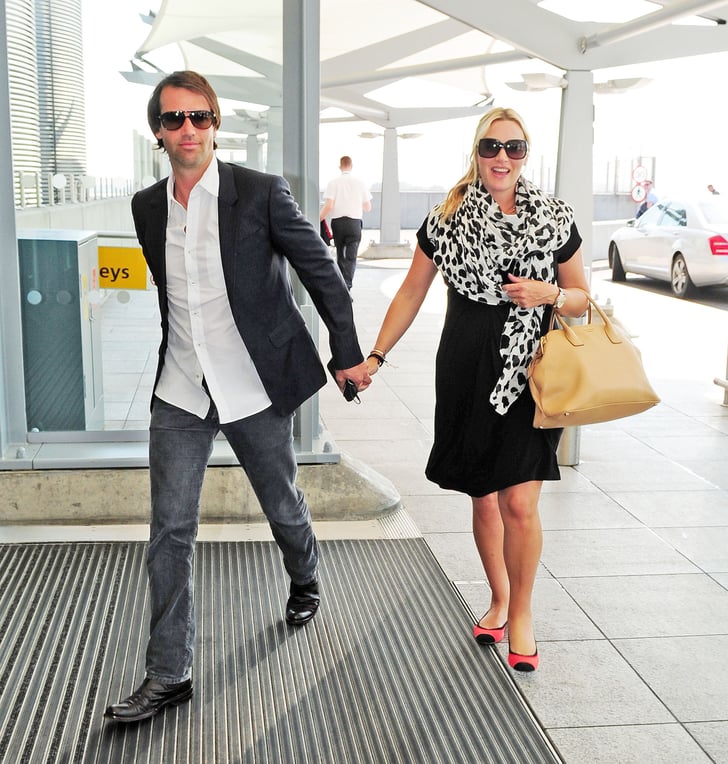 Kate Winslet is jetting off to the Toronto International Film Festival, and she's taking husband Ned Rocknroll and her baby bump along! Kate is heading to the festival for this Saturday's premiere of her latest film, Labor Day. During her walk through the Heathrow Airport in London today, Kate was laughing with her husband and resting her hand on her growing bump. Kate announced she was pregnant just about three months ago.

In Labor Day, Kate plays a single mother who lets a fugitive accused of murder into her home and then falls for him over Labor Day weekend. Josh Brolin portrays the fugitive. Recently, Kate has also been featured in promotional stills and the first official trailer for another upcoming project, the movie adaptation of Veronica Roth's Divergent. That hits theaters in 2014. Check out more pictures of Kate's airport jaunt after the jump!