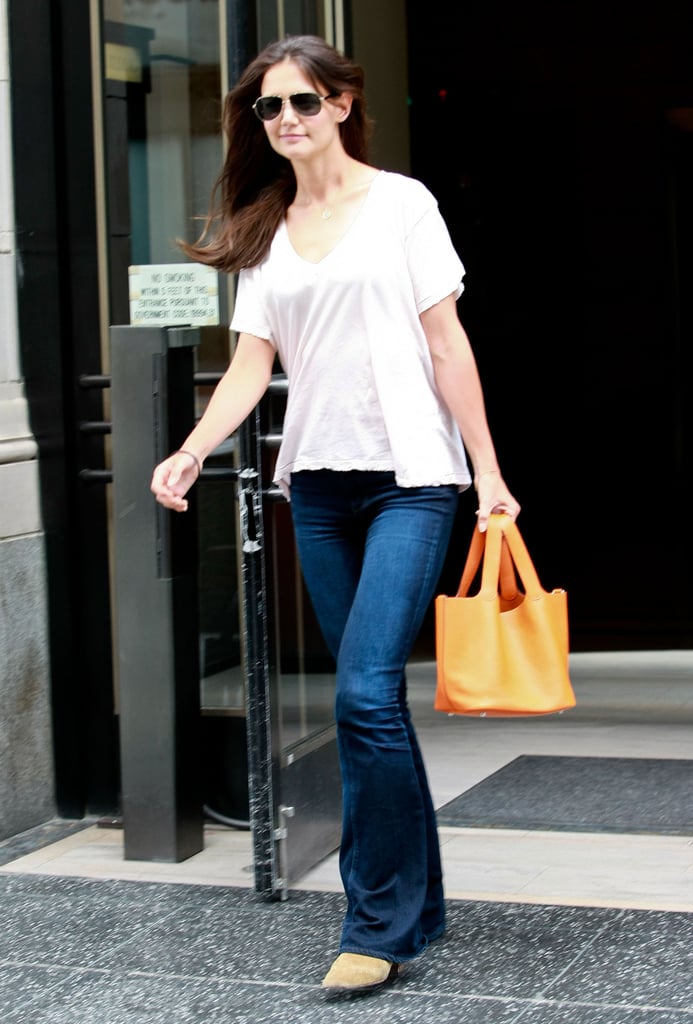 Katie Holmes Breezes Her Way Through a Business Meeting

Katie Holmes stepped out for a meeting in Beverly Hills yesterday. The actress is on the West Coast spending time with friends, family, and business partners during a break from her big-screen work. Katie Holmes went out for lunch with a pal on Wednesday just before her husband, Tom Cruise, stepped out for the Super 8 premiere with Elle Fanning. He's on a break from shooting Rock of Ages, though production of the film, which also features Alec Baldwin, Russell Brand, and Julianne Hough, continues back in Florida. Katie, meanwhile, has Don't Be Afraid of the Dark hitting big screens in August. The scary feature is just one of her movies coming out this year with Jack and Jill out in November and The Son of No One hopefully on the way, too.