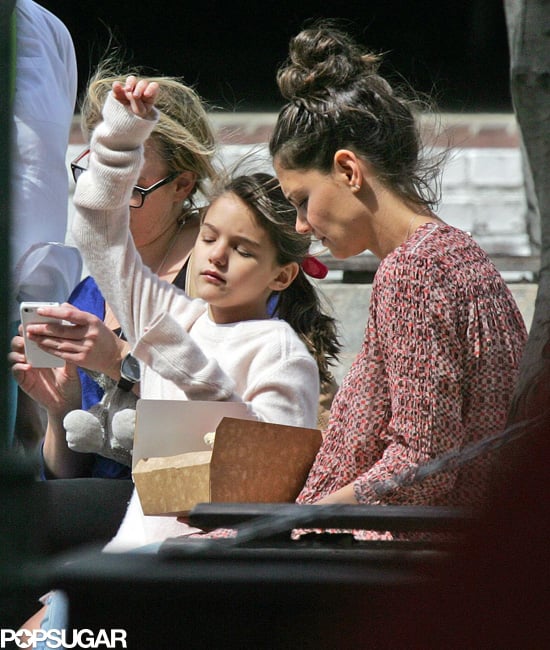 Katie Holmes took a break from the set of The Giver to take her daughter, Suri, out for lunch outside the Two Oceans Aquarium in Cape Town, South Africa. The mother-daughter pair snacked on takeout meals while sitting on the steps outside the aquarium, and at one point, Suri offered her meal to a statue of F.W. de Klerk, the former president of South Africa. 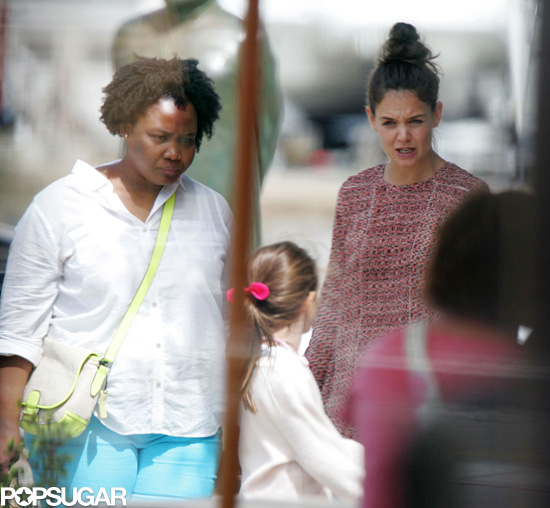 Katie and Suri have been lying low in South Africa while the actress works on her latest project alongside Taylor Swift and Alexander Skarsgard. She has been sharing lots of snaps of her fun time on set on her newly created Twitter account. Meanwhile, Tom Cruise has been in the news back home in the States. He recently filed new documents in his $50 million lawsuit against a publishing company for its claim that he had abandoned Suri after his split from Katie in June 2012. "I have in no way cut Suri out of my life — whether physically, emotionally, financially, or otherwise," Tom said in the documents. "While I'm sure my daughter misses me when I am not with her (as I miss her), she is a very happy child, and we have a wonderful relationship and cheerful phone calls." Tom also went on to note that he and Katie had exchanged several emails about Suri in the time following the divorce, which the actor plans to use as evidence against the publishing company's claim. 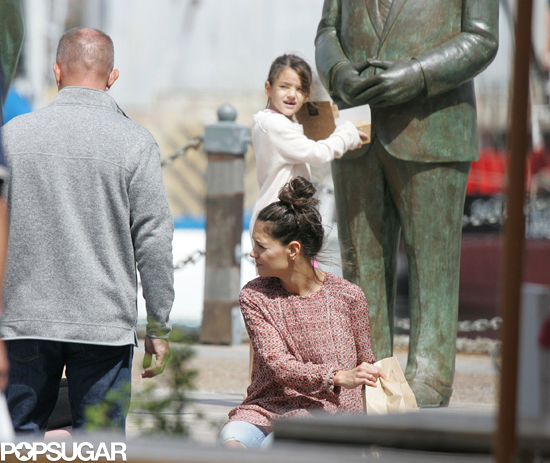