Katie Holmes was all wrapped up for a walk in LA yesterday, but the exciting part of her day didn't come until a few hours later. She and Suri were lucky enough to attend the taping of last night's American Idol episode — who do you think will be crowned the winner? The duo kept a low profile and almost blended in with the crowd, though we spotted them between the awesome performances. Unfortunately it looks like all the fun might have been a little too much for Suri, as Katie had to cover her ears to block out the cheering fans in the audience. 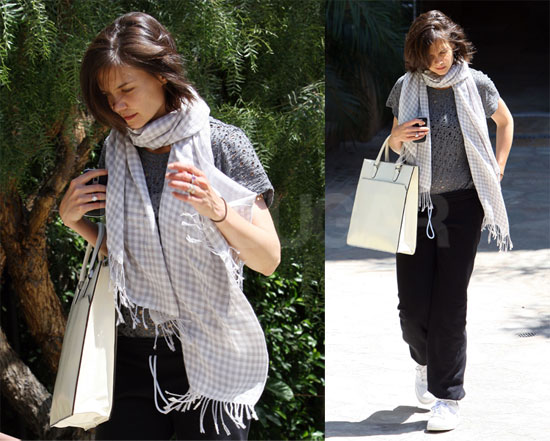 Katie Holmes
Around The Web