Katy Perry definitely doesn't live by the motto "all work and no play." The 33-year-old performer, who's currently on tour in Spain, took time out to soak up some fun in the sun at the beach in Ibiza on Tuesday. The "Bon Appétit" singer was photographed rocking a black and white striped bikini as she took a dip in the water. On Friday, she slipped into another two-piece as she enjoyed a day by the sea on board a yacht in Formentera.

Not spotted was Katy's on-and-off-again boyfriend, Orlando Bloom. The American Idol judge reunited with the Pirates of the Caribbean actor earlier this year and quietly confirmed their romance on social media in April. Keep reading to see more photos of Katy's fun day at the beach.

Katy Perry
Katy Perry Quit Shaving Her Legs After Becoming a Mom: "I Don't Have Very Much Time"
by Yerin Kim 6 days ago

Summer Fashion
Gabi Fresh Drops a New Swimsuits For All Collection, Just in Time For Your Swim Shopping Spree
by Sarah Wasilak 6 days ago 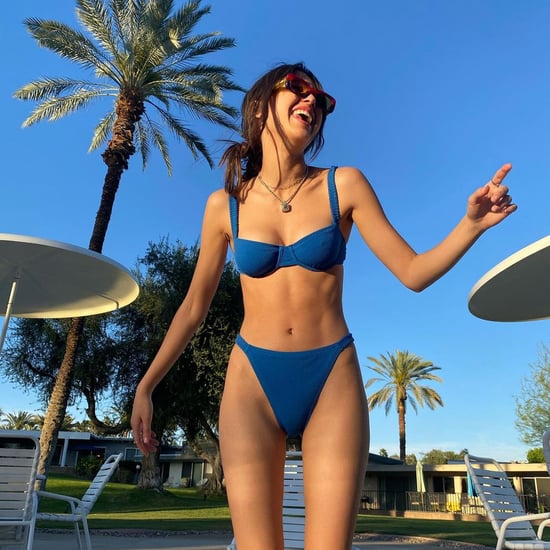 Olivia Rodrigo
Olivia Rodrigo's Bright-Blue Bikini Is Many Things, but Most Importantly, It's Sustainable
by Karenna Meredith 1 week ago