It looks like we have an unexpected late entrant into the hottest bikini body of 2008 category — Katy Perry. The singer had an amazing year bursting onto the scene with "I Kissed a Girl" and it looks like all those hours dancing on stage have paid off in more ways than one. She was down in Mexico for Christmas with her boyfriend, musician and godfather to Bronx, Travis McCoy, living the good life sipping on beers and reading some trashy literature like Madonna's unauthorized biography written by her brother. There's nothing like ending the year with a little pampering in the warm sun and after seeing her on red carpet after red carpet around the world throughout 2008, she deserves the break. 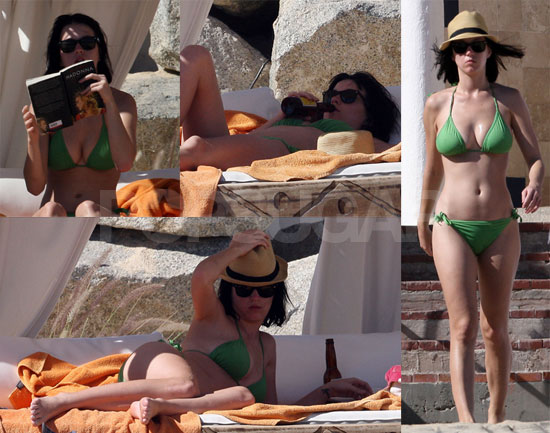 To see over 40 more photos of Katy Perry in a bikini just read more.

Katy Perry
Teenage Dream: Katy Perry Reveals the Advice She'd Give to Her "Boy Crazy" Younger Self
by Karenna Meredith 15 hours ago

Summer Fashion
These 19 Curve Swim Brands Have the Chicest, Well-Made Suits
by Sarah Wasilak 2 days ago