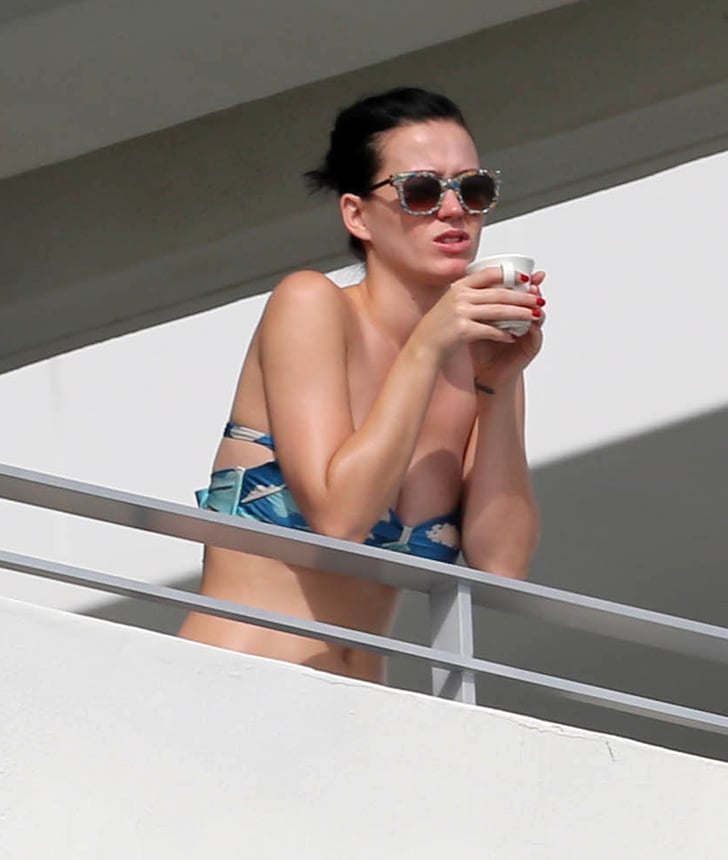 A bikini-wearing Katy Perry took in the view in Miami on Monday while sipping on a cup of coffee. The singer looked like she was taking a break from sunbathing as her bikini straps were tucked into her top. Katy is currently vacationing in Florida with a group of friends following her performance at the MTV EMAs in Amsterdam earlier this month. Over the weekend, she wore a tie-dyed cover-up to eat alfresco with her pals, including her assistant Tamra Natisin.

While Katy is currently taking a break, she will soon be on the road again as she announced that she will be embarking on a UK tour in May. "The Prismatic world tour is coming May 2014," Katy tweeted, and later added, "Don't worry — more GLOBAL tour dates coming soon. I can't wait to get closer to ALL of you than ever before."

Katy Perry
Katy Perry Provides a Friendly Reminder That Motherhood Is, Indeed, a Full-Time Job
by Victoria Messina 4 weeks ago