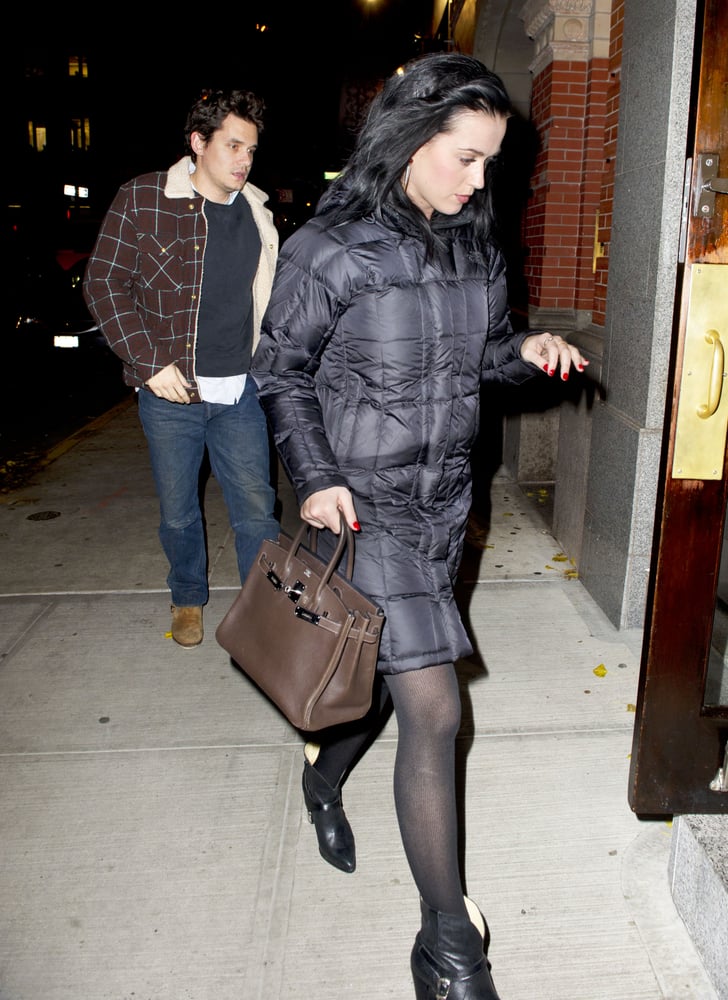 Katy Perry and John Mayer met up for a dinner date in NYC last night. The couple have been keeping a low profile on the East Coast during a break from John's tour, but that doesn't mean they haven't been making headlines. John's in the news again for his past relationship with another songstress, Taylor Swift, following Taylor's interview in New York Magazine, in which she revealed one of her exes, presumably John, sent her angry emails in response to her work.

Katy, meanwhile, is in the spotlight with today's release of the video for "Unconditionally," which she reportedly wrote about John. Katy also announced her Prismatic World Tour, kicking off in May in Ireland, but first she'll be performing in Japan in March. John will return to the mic himself this Friday, when he resumes his tour in Nebraska.