Kellan Lutz headed through Burbank Airport yesterday wearing his signature beanie and showing off those cute dimples. He was in SF this morning at the Target To-Go Pop-Up shop where he also worked with families in need. Kellan spent some time handing out gifts to Salvation Army families and afterwards we had a chance to chat with the New Moon star. We've got tons of awesome video coming up, but here's a taste of what's to come — he filled us in on how he plans to wind down with his dogs and his mom in Arizona for the holidays and his New Year's plans which include getting together for board games and dinner with the Twilight cast friends. Kellan also chatted with us about his and Rob's shirtless battle in our bracket and how he plans to be number one next year after Eclipse comes out — tons more coming up including his thoughts on which costars would be good on SNL so stay tuned! 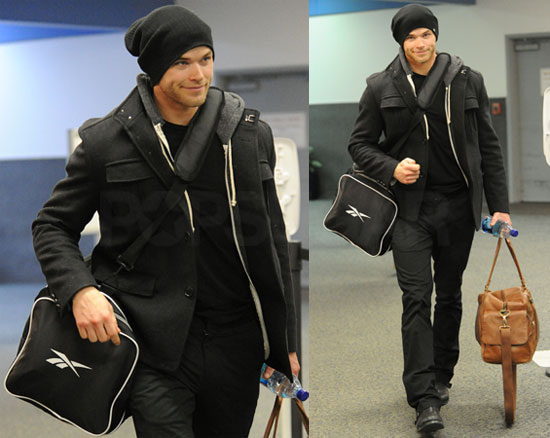