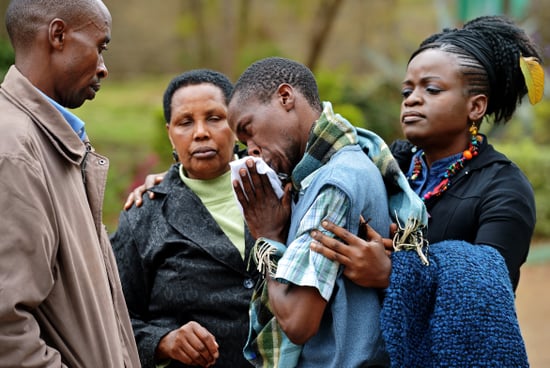 Gunfire and grenades went off at Westgate Mall in Nairobi, Kenya, on Sept. 21, and the country mourns as investigations continue in the aftermath of the attack. With 63 people unaccounted for, several families are left wondering about loved ones, waiting to learn whether their friends and family members survived. Currently, Kenyan and American authorities are examining evidence and gathering sources to learn more about the attack and identify the gunmen. As more details emerge, take a look at the full timeline of events:

Keep reading for the rest of the Kenya shooting timeline.