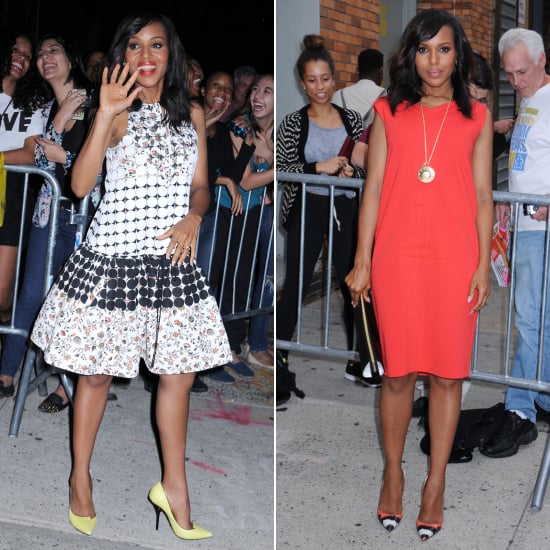 Kerry Washington rocked two different looks when she dropped by The Daily Show With Jon Stewart in NYC yesterday to promote her show, Scandal. Kerry wore a bright orange frock when she arrived at the studio and later changed into a black and white number for her interview. It looked like the actress was in a good mood, and today's news about Scandal's season three premiere ratings hitting a series high is sure to keep Kerry's smile going as we head into the weekend. Scandal pulled 10.5 million viewers and landed a 3.6 rating with adults 18-49, which is up 71 percent over the season two premiere. 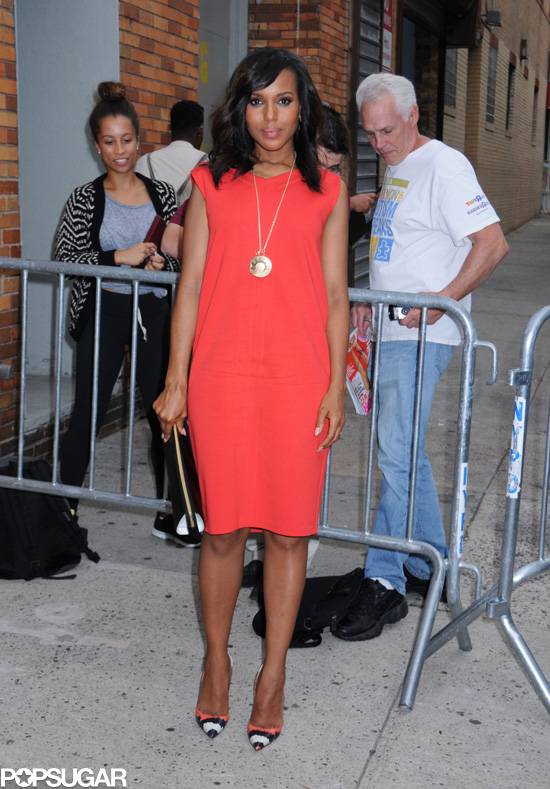 While on The Daily Show ahead of her ABC show's premiere and the big ratings news, Kerry joked about how crazy the series's plotlines can get, telling host Jon Stewart, "I ask the writers on the show what drugs they are on when they write the show . . . because the show is so good." The actress also revealed that some politicians and former Washington DC staffers have come up to her and told her that they relate to the show, which she understandably finds disconcerting, given the scandalous nature of the series. 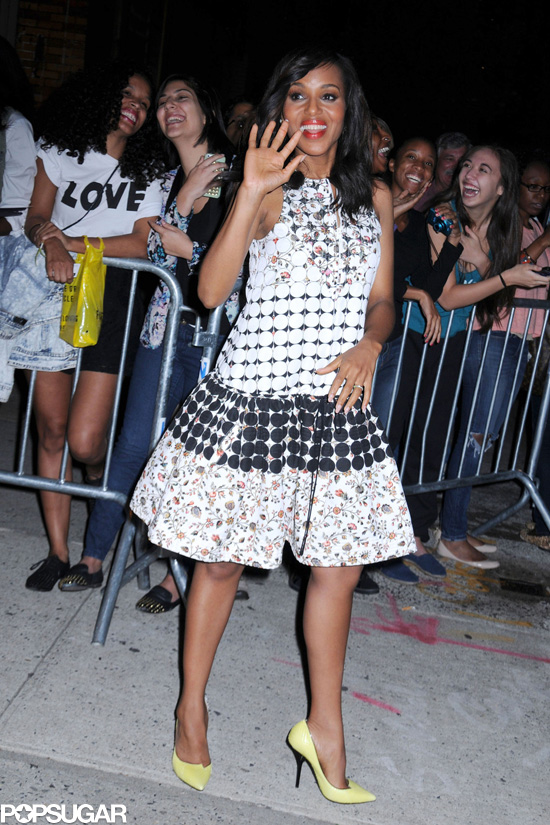