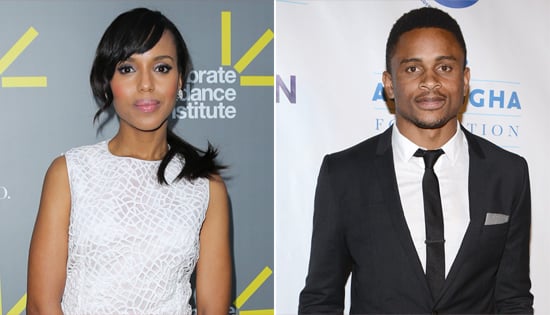 Kerry Washington is married! The Scandal star, 36, wed San Francisco 49er Nnamdi Asomugha, 31, on June 24 in the quiet resort town of Hailey, ID. POPSUGAR obtained a copy of the pair's marriage license, which lists Kerry's parents, Earl and Valerie Washington, as witnesses to the union and the groom's sister, Chisaraokwu Asomugha, as the officiant.

Kerry and Nnamdi reportedly began dating last Summer. A rep for Kerry declined to comment on the wedding news, and while Kerry herself tweeted that she was heading out on a month-long vacation on June 19, she has so far kept mum on her new marriage. Congrats to the newlyweds!

Celebrity Instagrams
Be Still Our Hearts! Barack Obama Posts Sweet Birthday Note For Michelle: "You Are My Star"
by Brea Cubit 7 hours ago