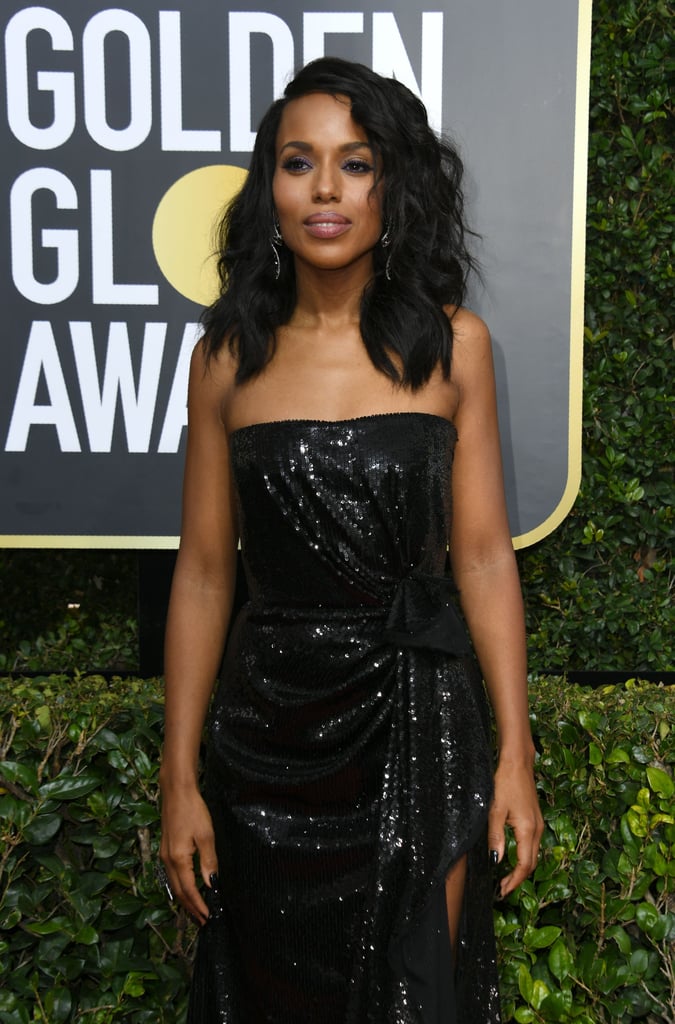 Kerry Washington made a stunning appearance at the Golden Globes in LA on Sunday. Clad in a black strapless dress, the Scandal star was joined by her husband, former football star, actor, and producer Nnamdi Asomugha, who proudly sported a Time's Up pin on the lapel of his suit; Kerry is one of the actresses at the forefront of the recent Time's Up campaign, which aims to combat sexual harassment and assault in the workplace. Kerry joined fellow A-listers Reese Witherspoon, Tracee Ellis Ross, Rashida Jones, and Brie Larson in an Instagram video announcing why they were planning to wear black to the event.

Kerry and Nnamdi don't make joint appearances very often, which is why it's so great to catch a glimpse of them together. They tied the knot in 2013 and welcomed daughter Isabelle the following year. In October 2016, Kerry gave birth to the couple's son, Caleb.

Oscars
1995 Called, and Honestly, It's Really Proud of These Beauty Looks From the Oscars
by Kristin Corpuz 1 hour ago

Ariana Grande
Ariana Grande Links Up With BTS at Grammys Rehearsals, and Hey, How About a Collab?
by Kelsey Garcia 9 hours ago