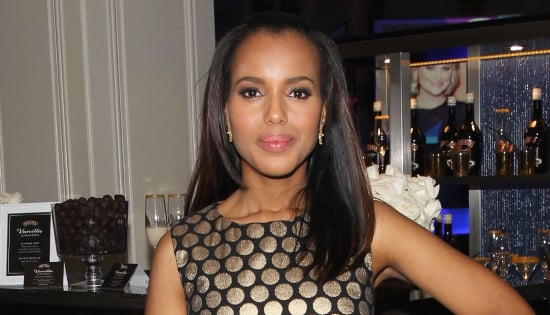 Kerry Washington is reportedly pregnant with her first child. According to Us Weekly, the Scandal star is four months along, but she has not publicly confirmed or commented on the new report. Kerry married NFL player Nnamdi Asomugha back in June in a supersecret ceremony. While Kerry rarely talks about her private life, the couple reportedly got engaged back in 2012 but had decided to keep their romance hush-hush. Kerry is currently working in NYC to prepare for her gig hosting Saturday Night Live this week. "OMGOODNESS," Kerry tweeted yesterday, "Crazy awesome day at SNL, although, honestly, I DO already miss my Scandal family."

Emma Roberts
Emma Roberts Opened Up About Pregnancy, Fertility, and Why She Decided to Freeze Her Eggs
by Murphy Moroney 1 week ago

Celebrity Pregnancies
Leslie Odom Jr. and Nicolette Robinson Are Expecting Their Second Child in March 2021
by Karenna Meredith 2 weeks ago