We all saw this one coming... Kevin is threatening to do a tell-all book if Britney doesn't hand over lots and lots of money. Apparently he's talking to publishers and is prepared to write about Britney using drugs, drinking too much and is claiming that's she's into women. Here's more: 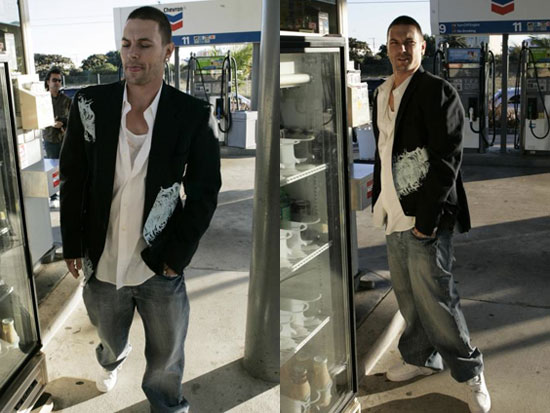 “Kevin is either hoping a publisher will pay him big money for the book,” a source told the tab, “or that Britney will cough up more cash than what’s in their prenup [an estimated $360,000 in spousal support plus $7 million from the sale of their Malibu, Calif., home] to keep him from spilling the beans.”

Federline wants sole custody of their two children as well as a settlement of at least $20 million, reports Star, and is alleging that he can “prove that Britney is an unfit mother” by revealing her partying ways both while she was pregnant and when their babies were born.

As part of his evidence against Spears, Federline is reportedly prepared to use a video he shot — which has appeared on YouTube — in which Spears babbles incoherently.

“Kevin says he filmed it just a week before Brit filed for divorce,” a source told the Star. “He told me, ‘I want the world to see that Britney is an unfit parent and that she’s not in her right mind.’”

We know what happens to YouTube Britney videos so Brit better watch her back. We so don't want to believe Kevin's allegations, but who knows with the way Britney has been partying lately. Either way, Kevin just sounds super greedy. More of Kevin so read more

Previous Next Start Slideshow
Britney SpearsKevin Federline
Around The Web