Kiefer Sutherland arrived at the police station in NYC yesterday to turn himself in for Monday night's headbutting incident. He was arrested on a third-degree assault charge and is expected to appear to face the misdemeanor. His arraignment is set for June 22. At this point, Kiefer is still on probation from his 2007 DUI, but the LAPD is looking into whether this is a violation. Meanwhile, Brooke Shields apparently admitted that Proenza designer Jack McCollough bumped into her, though she said it was an accident and though she fell soon after she blames it on her heels. 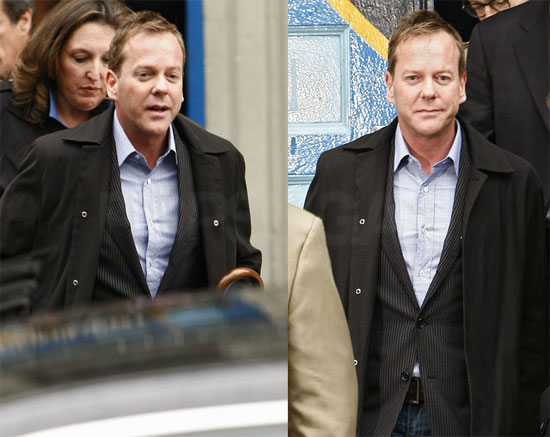 Kiefer Sutherland
Around The Web