Kim Kardashian looked like a chic new mom when she ran errands in Beverly Hills this week. She is staying on the West Coast to take care of North West while her beau, Kanye West, is busy mingling with the stylish crowd at New York Fashion Week. The rapper dropped by parties for W magazine and Carine Roitfeld, who recently put pregnant Kim on the cover of her fashion magazine, CR Fashion Book. We recently caught up with Carine at the premiere of her new film, Mademoiselle C, where she said that Kim was the "easiest model" she's ever worked with. Watch our interview with Carine Roitfeld for more details on her shoot with Kim.

Kim has been lying low over the past few months while she adjusts to her life as a new mom. She recently debuted her new blond hair during a Labor Day outing with North and sister Kourtney Kardashian, but other than that, she has been staying out of the public eye. However, Kim may soon be on the road again as Kanye is preparing to launch a new tour in October, his first solo since 2008. 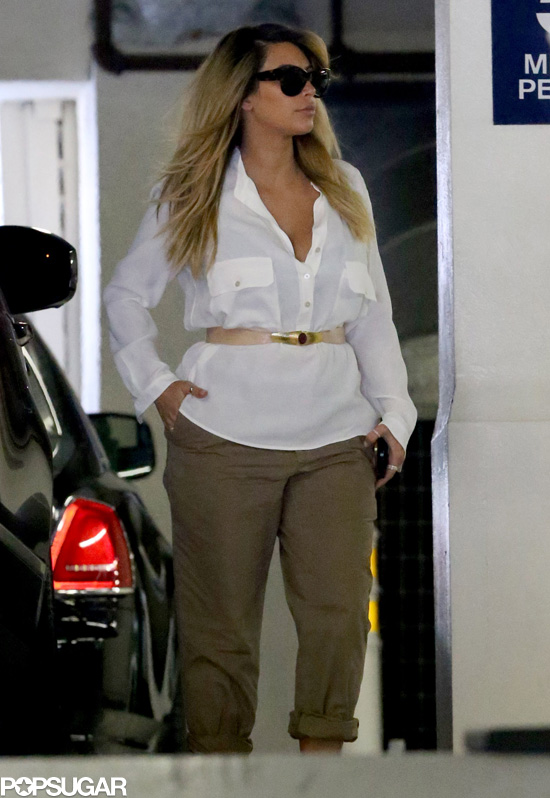 Nostalgia
Am I Dreaming? Kim Kardashian and Paris Hilton Are Rocking Velour Tracksuits Like It's 2003
by Chanel Vargas 4 days ago

Nickelodeon
OK, Hear Us Out: The PAW Patrol Movie Voice Cast Is So Stacked, We're Actually Excited For It
by Alessia Santoro 10 hours ago

Keeping Up With The Kardashians
How Well Do You Know the Most Quotable Family Ever? Try This KUWTK Quiz to See
by Hedy Phillips 3 weeks ago