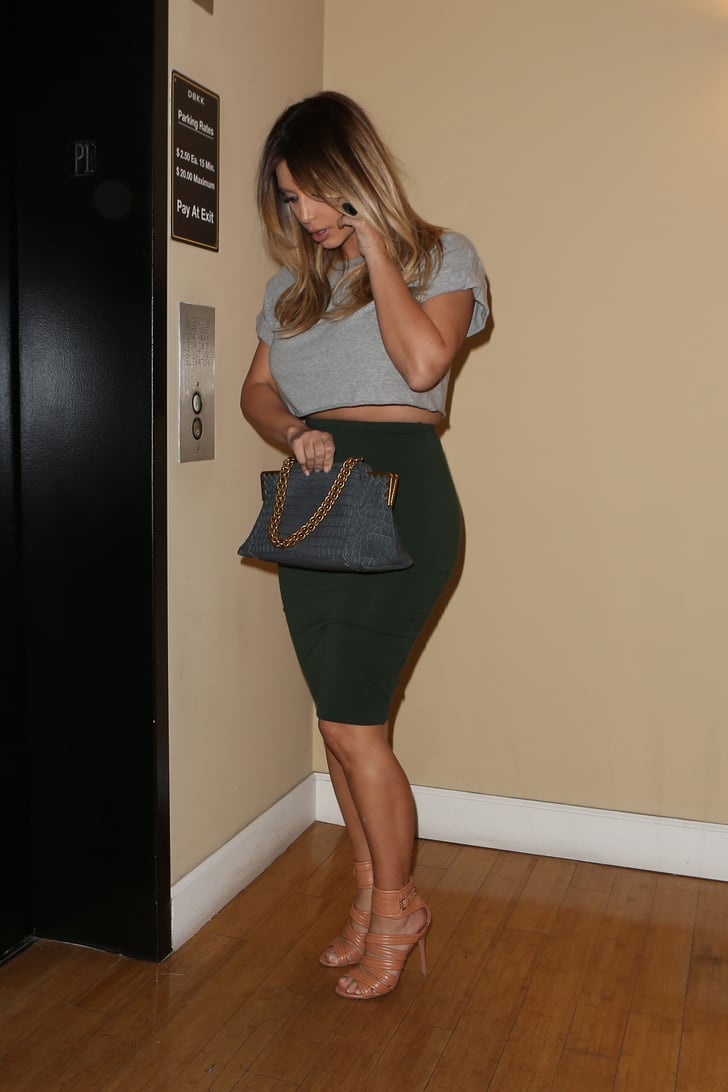 Kim Kardashian has been showing off her postbaby figure this week in skin-baring ensembles. Today, she chose a gray crop top and fitted skirt to run errands after also baring her belly in a black and white outfit while out with her daughter, North, yesterday. She is back on her home turf on the West Coast after taking a trip on Sunday to spend three hours in NYC for Leonardo DiCaprio's star-studded birthday party. Kim's soon-to-be-husband, Kanye West, performed at the party alongside his friend and frequent collaborator 2 Chainz. 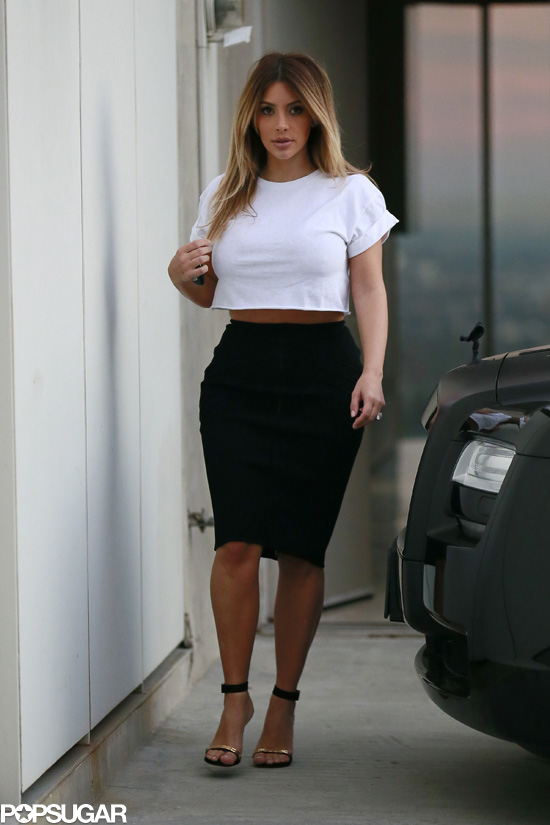 Kim has slowly been sharing more photos of North West on social media. On Tuesday, she posted new snaps of Nori with Givenchy creative director Riccardo Tisci and a shot of the little girl laughing. 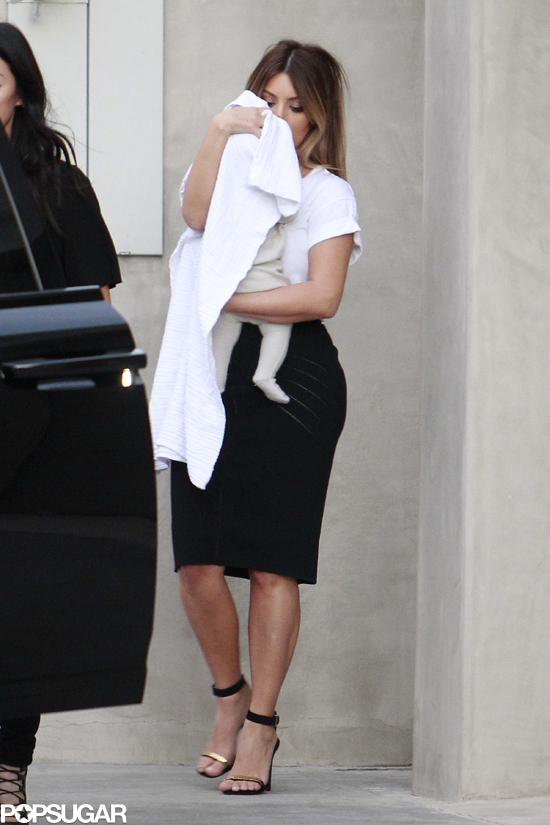