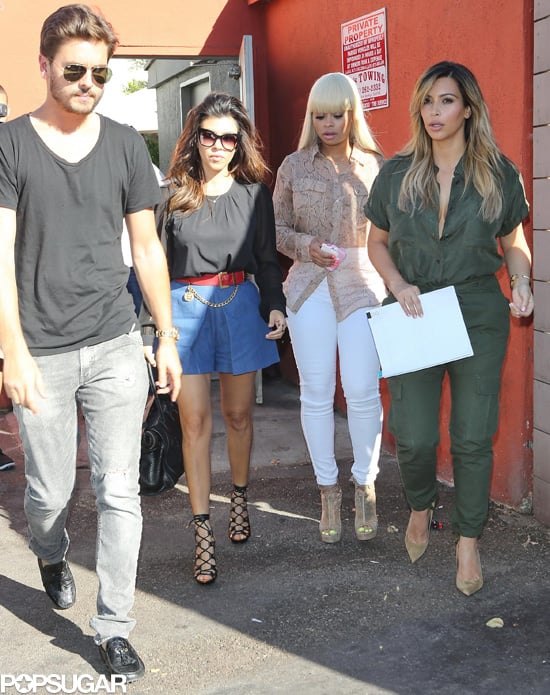 Kim Kardashian got back to work yesterday when she filmed a scene for her reality show, Keeping Up With the Kardashians, with sister Kourtney Kardashian, Scott Disick, and friend Blac Chyna. In addition to her LA outing, Kim tweeted photos of herself "on set" with her family filming what looked like a Christmas scene last week. She popped up in LA with her crew just as a new, incredibly revealing interview with Kanye West aired on BBC Radio 1. The rapper opened up about his relationship with Kim and praised her and her family for their support, saying, "Family time; it's what Kim gave me. She gave me everything. She gave me a family. She gave me a support system. She was in a powerful enough situation where she could love me without asking me for money, which is really hard for me to find." Kanye also revealed that he plans to change the paparazzi laws for his daughter, North West, to make it so that she, and, presumably, other celebrities, would get paid for having their photos taken by photographers.

Kim's new scenes came after a big weekend with Kanye. The two went on a double date with Tyga and Blac on Friday evening and they met up with Oprah and Diddy at a party later on that weekend. Kim was excited to be hanging out with Oprah and Diddy, sharing a snap of the foursome on Instagram and writing, "Oh no big deal." In other news, it was recently announced that Kim will be lending her voice in a cameo appearance on Fox's American Dad, which will air later in the season. 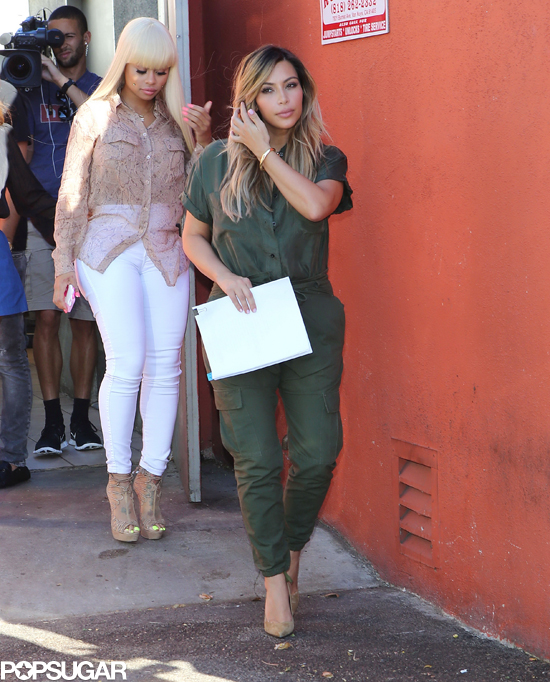 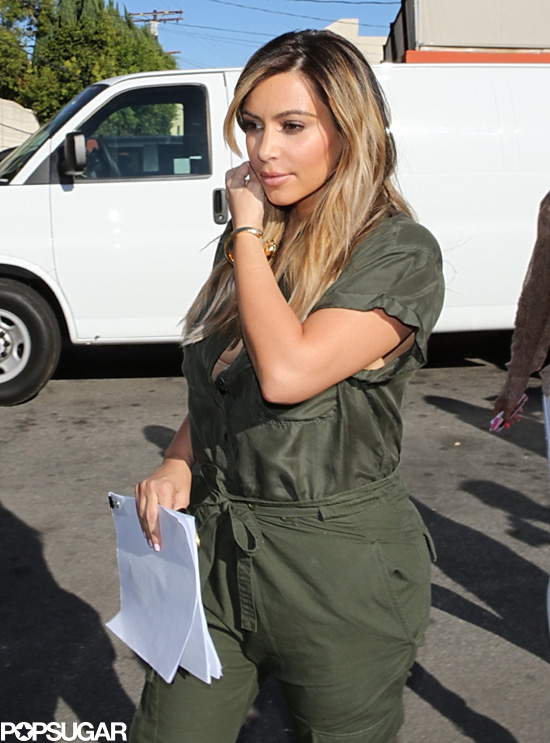