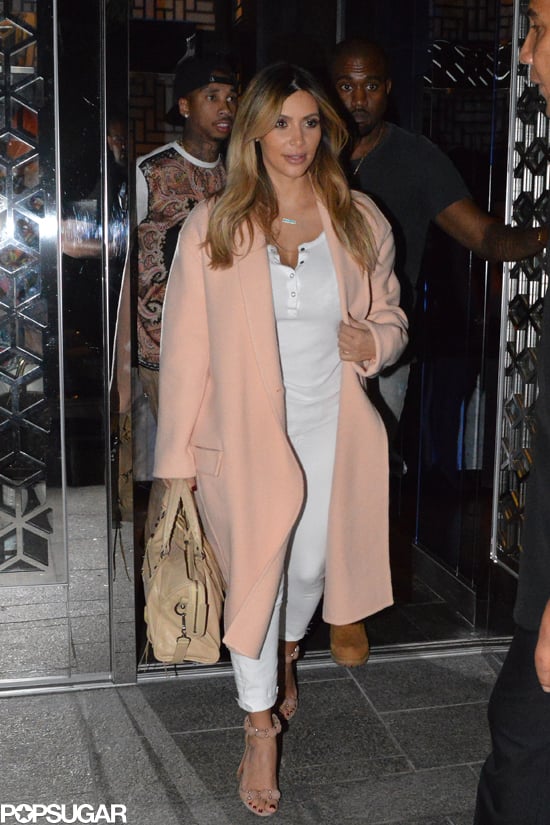 Kim Kardashian and Kanye West reunited for a dinner date with Tyga and Blac Chyna at Hakkasan in Beverly Hills last night. The new parents are back in the same city after Kanye took a short trip to Paris earlier this week. This is the couple's first public date night since they welcomed their first daughter, North West, back in June. Both Kim and Kanye are close to Tyga and Blac, with Kanye having worked with Tyga in the past and Kim documenting her hangout sessions with Blac, designer Rachel Roy, and her sister Kourtney Kardashian on Instagram.

Kim and Kanye may be on the move very soon as Kanye is preparing for his upcoming tour in October. Kanye may also pop up at Paris Fashion Week next week to sit front row at his favorite designers' shows. 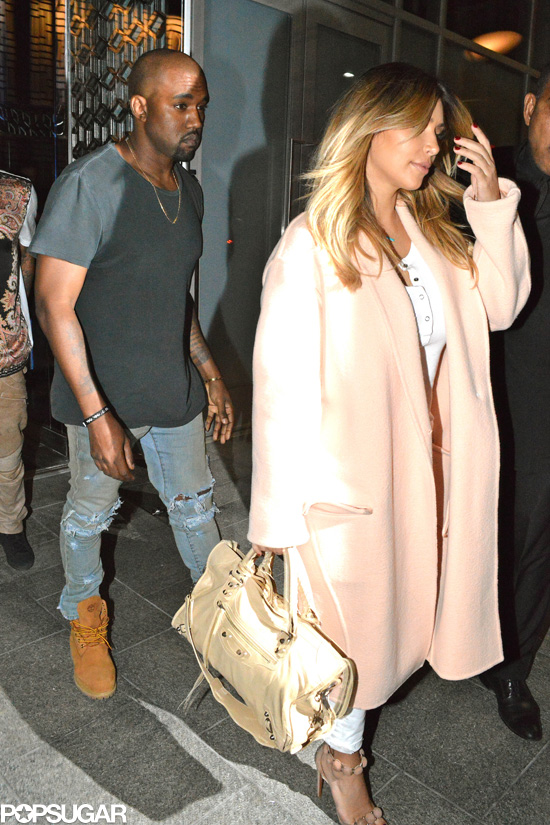