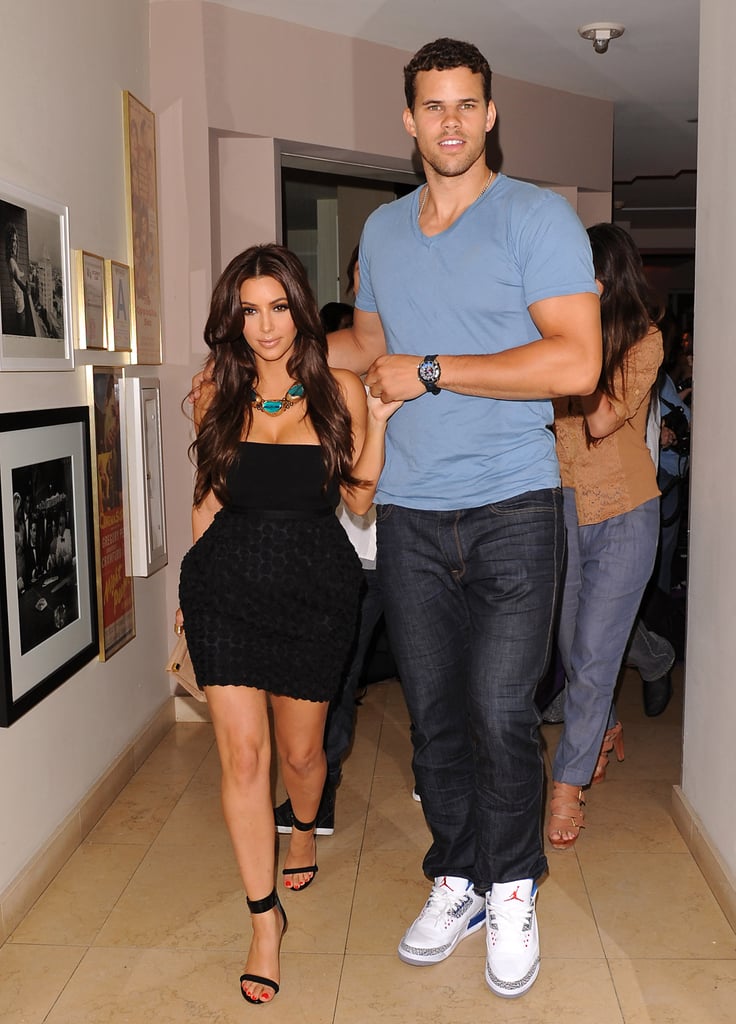 Kim Kardashian was joined by her fiancé, Kris Humphries, last night at the launch party for Noon by Noor in LA's Sunset Tower. The engaged couple are back in LA following an extended stay in NYC, where Kim worked out with Heidi Klum, joined the judging panel for an episode of Project Runway, and hung out with wedding dress guru Vera Wang. They haven't publicly released the date of their upcoming nuptials, but many are speculating Kim and Kris will marry on Aug. 20. The major details are under wraps, but Kim was seen recently leaving a tailor's appointment with an Alexander McQueen bag that could perhaps be a clue to her designer picks. The televised nuptials could even feature a Stevie Wonder performance since Kim and Kris hung with Stevie's wife, Kai Milla Morris, yesterday. One detail that's certain is that Kim and Kris will head to Las Vegas soon for their his and hers bachelor and bachelorette weekends.