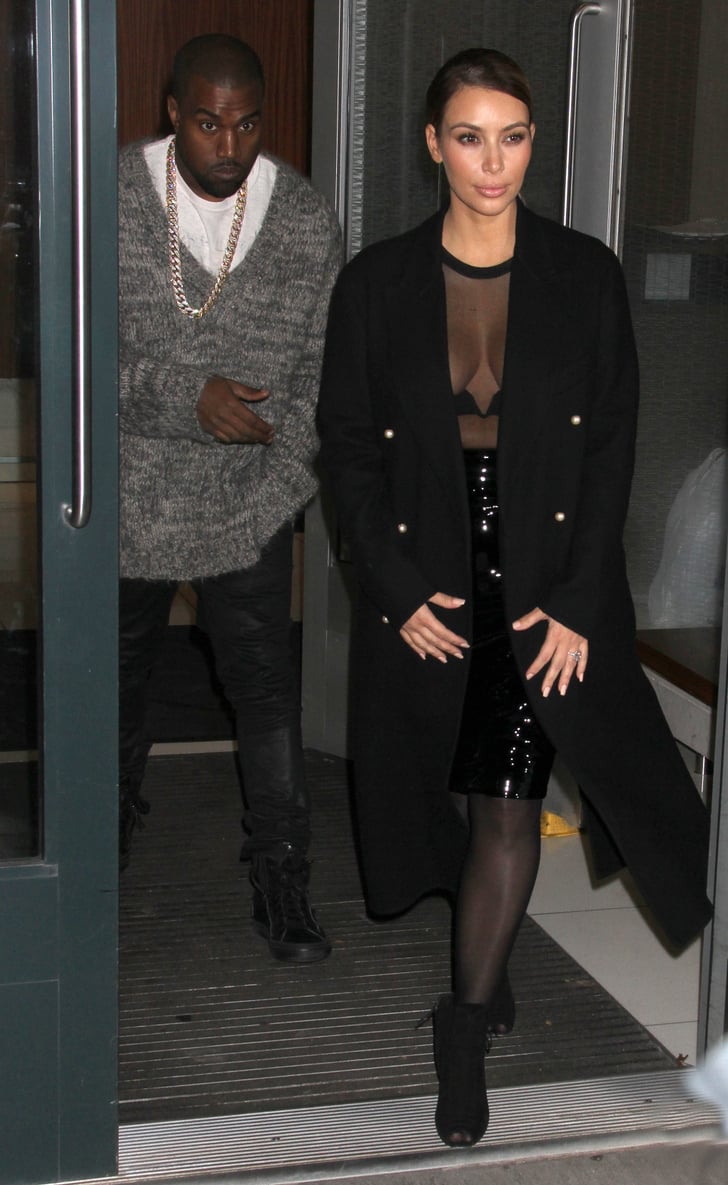 After baring her breasts in Kanye West's new music video, Kim Kardashian put her body on display once again while stepping out in NYC with Kanye today. She also showed skin in a low-cut black dress and a long, beige coat during an earlier outing with her daughter, North. Kim and Kanye got together ahead of Kanye's big show at the Barclays Center in Brooklyn tonight. 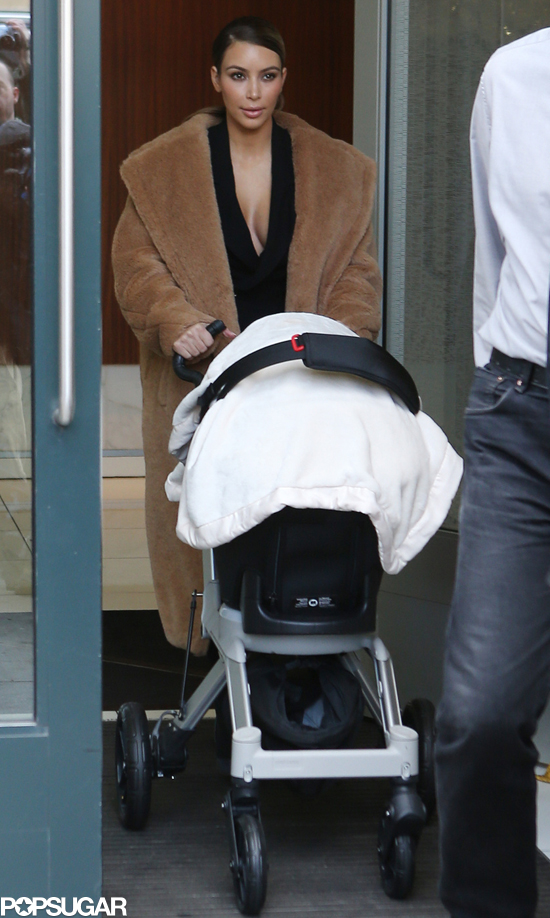 Kim and North have been accompanying Kanye while he continues the rest of his Yeezus tour on the East Coast. Kim joined Kanye in Philadelphia over the weekend and was by his side when he popped up at Harvard's Graduate School of Design to give a talk about his latest design project, Donda. 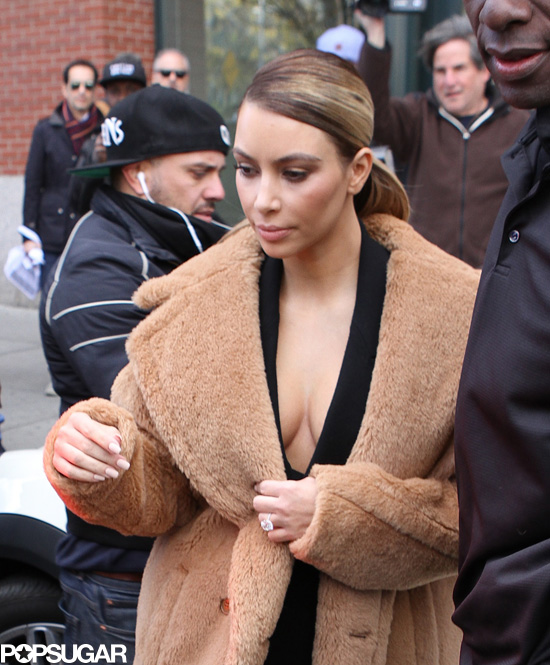