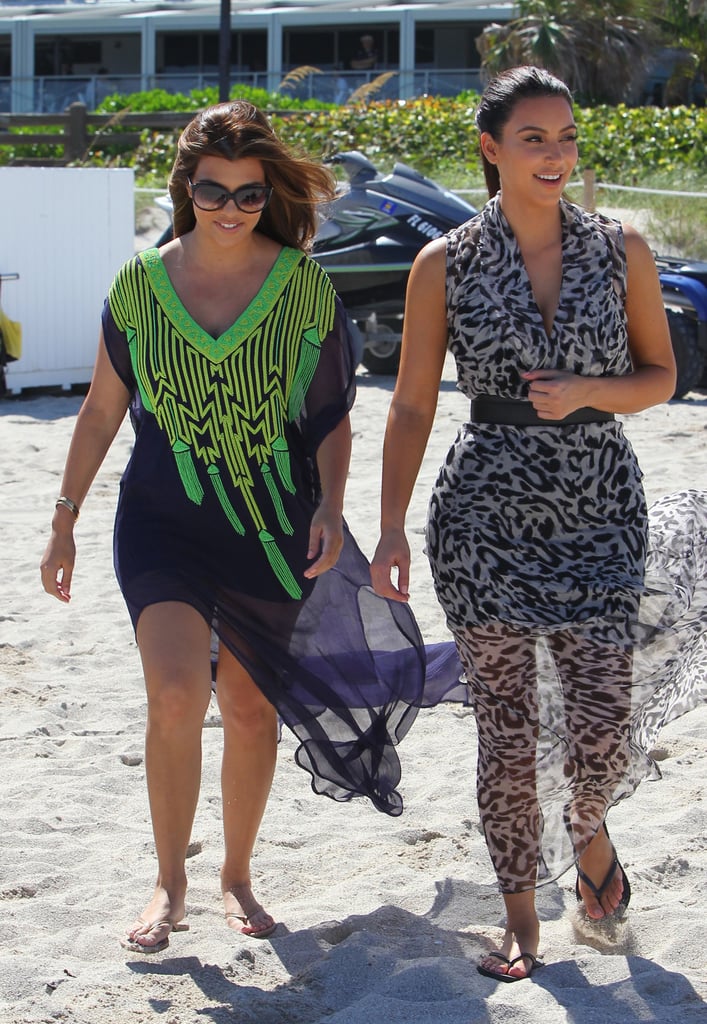 Kim and Kourtney Kardashian caused a scene as fans and cameras documented their every move during a stroll along the beach in Miami yesterday. The pair wore tropical outfits for their midday outing and were spotted carrying on a conversation. The eldest Kardashian sisters are currently on location in South Florida filming Kourtney & Kim Take Miami while younger sis Khloe is working out a new TV deal back at home in LA.

Khloe is reportedly set to cohost The X Factor alongside Mario Lopez. Fox has yet to confirm the news; however, a formal announcement is expected some time this week. Khloe and Mario are the latest big names to join The X Factor this season, following in the footsteps of new judges Britney Spears and Demi Lovato. So far Britney's been brutally honest with contestants, but when it was time for her to sit down with our I'm a Huge Fan winner, she was full of smiles and Southern hospitality. Check out the latest episode of I'm a Huge Fan: Britney Spears!