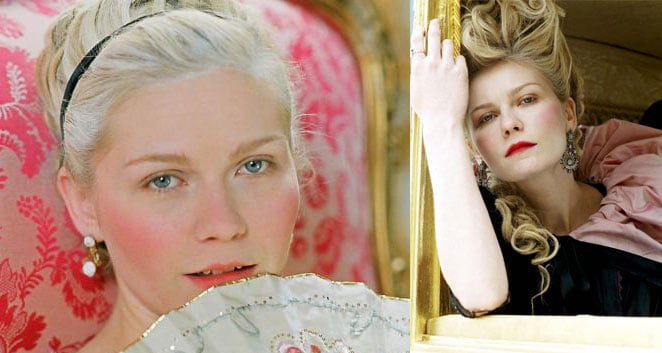 Kirsten Dunst will strike a pose for the pages of the September Vogue. This happens to be the most important month of fashion magazines so it's a big score for Kirsten. A lot of you may not be fans but she clearly is a favorite of many directors and designers. In Vogue she poses as Marie Antoinette, her latest role in Sofia Coppola's upcoming film. She shows off a bunch of fabulous Alexander McQueen and John Galliano gowns for both the magazine and the film... lucky girl! Here's more: 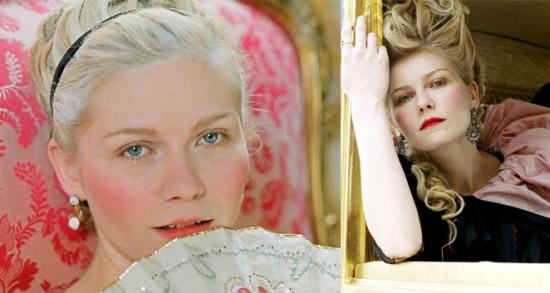 The 24-year-old actress, whose screen credits include Coppola's "The Virgin Suicides," wears a series of dramatic floor-length gowns by designers such as Alexander McQueen and John Galliano, and by Milena Canonero, the costume designer for the film.

"You breathe differently in those dresses; you move in a special way," Dunst tells the magazine.

Coppola's costume drama with modern trappings premiered earlier this year at the Cannes Film Festival. It opens in theaters Oct. 20.

The queen's love of fashion particularly interested her, says Coppola, who won a screenwriting Oscar for her 2003 movie, "Lost in Translation."

"You're considered superficial and silly if you are interested in fashion," the 35-year-old writer-director is quoted as saying. "But I think you can be substantial and still be interested in frivolity."

"The girl in `Lost in Translation' is just about to figure out a way of finding herself, but she hasn't yet. In this film, she makes the next step. I feel that Marie Antoinette is a very creative person."

The fabulous Trent has a sneak peak at the cover so here it is: 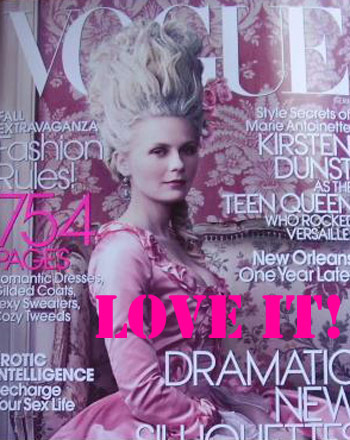 We can't wait to see those beautiful dresses. In the meantime, check out lots more pics of Kirsten all dolled up in her fabulous gowns for the movie so read more

Kirsten Dunst
Kirsten Dunst and Jesse Plemons's Son Is Such a Cutie Pie — and Already a World Traveler!
by Emily Weaver 2/19/21