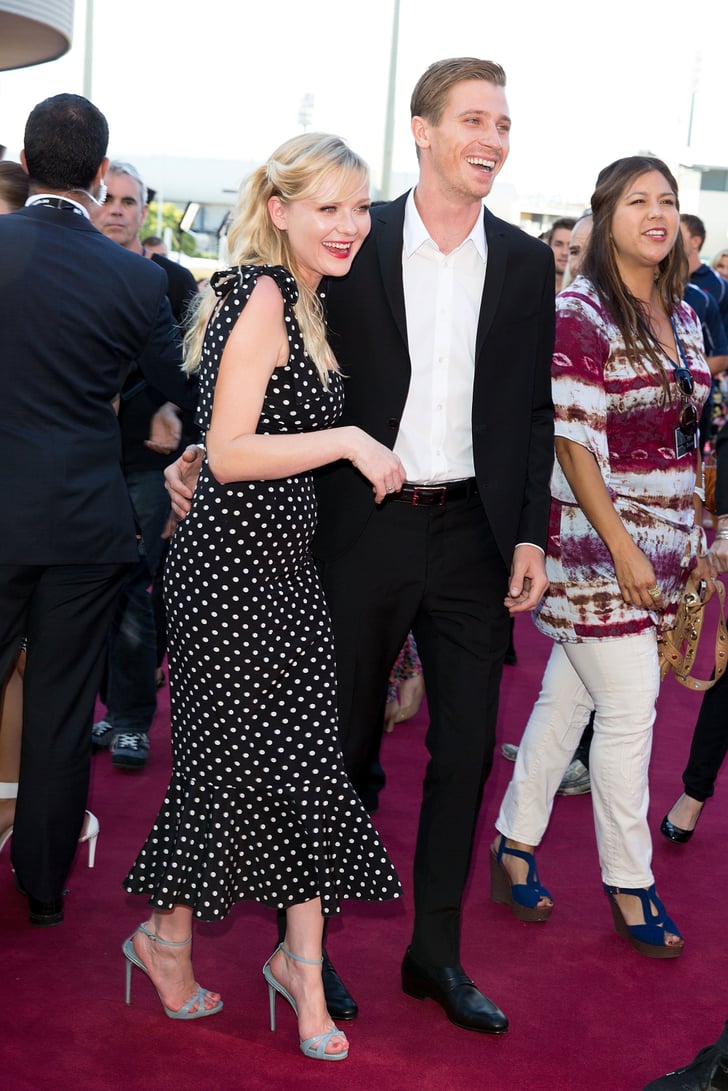 Kirsten Dunst had Garrett Hedlund by her side for the Sydney premiere of Anchorman 2: The Legend Continues yesterday. The couple, who got together in 2012, laughed and smiled as they made their way down the red carpet looking adorable. It was the first time they've officially been snapped together since March, when they attended the Saint Laurent runway show during Paris Fashion Week.

Kirsten wore a polka-dot dress for the big event, while her costar Kristen Wiig chose a long black look. The ladies are gearing up for the comedy's December release stateside after the movie's posters were revealed earlier this month.

Big Sean
Big Sean Reveals His Most Romantic Gesture For Jhené Aiko, and Is Anyone Else Swooning?
by Monica Sisavat 11 hours ago

Schitt's Creek
Who Is Emily Hampshire Dating? Her Relationship History Includes a Marriage
by Corinne Sullivan 7 hours ago