Kourtney Kardashian walked on the beach in a bikini with her son, Mason, during a family vacation to Mexico in February. Kourtney flaunted her postbaby body in a two-piece just seven months after giving birth to daughter Penelope. Penelope wasn't spotted in the sand with her family, but Scott Disick made a shirtless appearance.

Now that their south of the border getaway is over, Kourtney is focused on the current season of Kourtney and Kim Take Miami. The sisters traveled to Paris in the latest episode, which aired last night. Kim is actually in Paris herself right now, attending Fashion Week festivities with her boyfriend, Kanye West. The couple checked out the Givenchy show on Sunday and followed up the front-row fun with a night out with pals including Ciara and Frank Ocean. 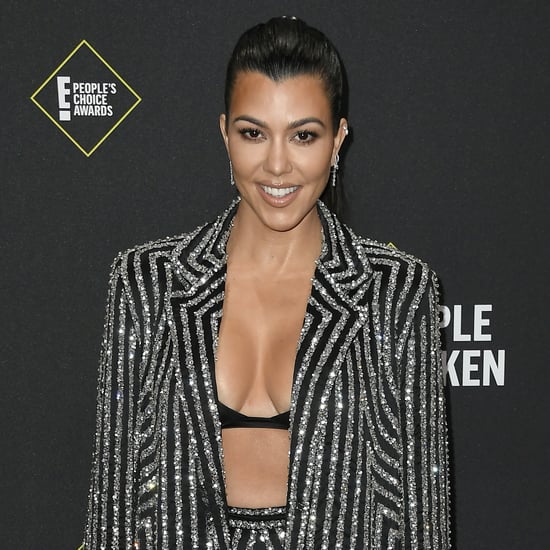