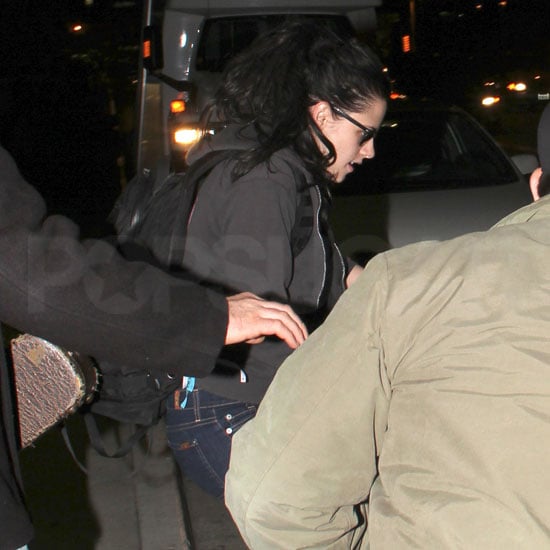 Kristen Stewart returned to LA last night. The Twilight star is home before the holidays following a busy Fall balancing promotions for Breaking Dawn Part 1 and shooting Snow White and the Huntsman. All the hard work has earned Kristen a place among your favorite Hollywood actresses of the year, and she's also one half of our pick for hottest couple of 2011. Kristen and boyfriend Robert Pattinson are fresh off a week together in London, and she could be heading back to the UK if she decides for a three-peat on her New Year's plans — she and Rob spent the last two partying with friends on the Isle of Wight.