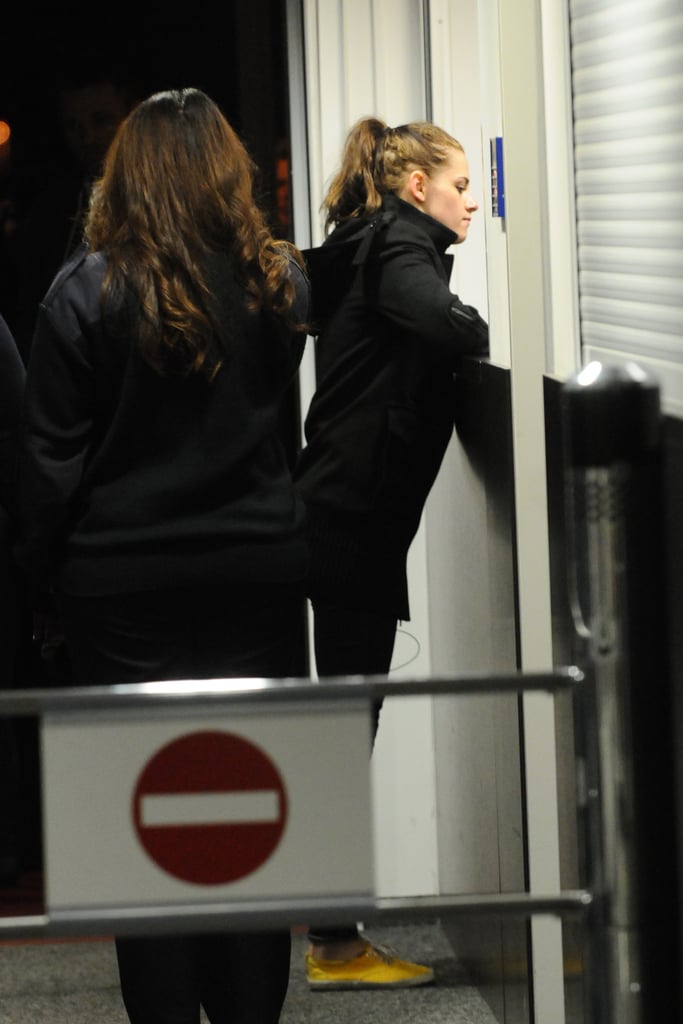 Kristen Stewart and Charlize Theron touched down in Berlin today following a brief stay in the UK. The ladies premiered their action-packed fairy tale, Snow White and the Huntsman, in front of a London crowd. Charlize and Kristen were also joined by their leading men, Chris Hemsworth and Sam Claflin, on the red carpet, but it wasn't until after hours that Kristen was able to relax with boyfriend Robert Pattinson. Rob turned 26 over the weekend, and the pair celebrated the milestone at a private party with friends Sienna Miller and Hugh Jackman.

For now, Kristen's focusing on her Snow White film, but soon she'll shift gears to promote another highly anticipated project. Kristen's among the many stars headed to the Cannes Film Festival to showcase their latest work. She's expected to attend the worldwide premiere of On the Road with costars Kirsten Dunst, Tom Sturridge, and Garrett Hedlund. Robert's also planning a trip to the French Riviera for the debut of his dramatic thriller Cosmopolis, though we'll have to wait and see if either actor goes home with the Palme d'Or, the festival's highest honor.

Previous Next Start Slideshow
Kristen StewartCharlize Theron
Around The Web

by Kristin Harris 1 hour ago