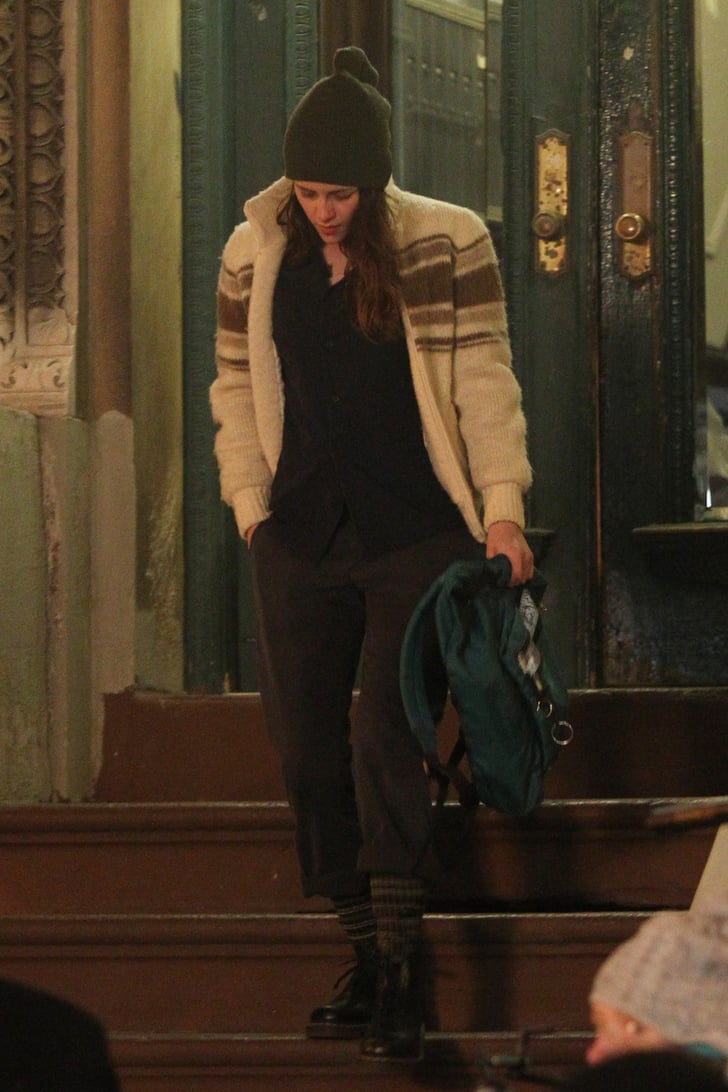 Kristen Stewart was spotted on the set of her new indie film, Anesthesia, in NYC on Monday, just days after she and Robert Pattinson met up in LA. Bundled up in a sweater, a beanie, and cropped pants that revealed a pair of striped socks, Kristen carried a backpack while filming. The movie follows a group of New Yorkers whose lives are affected by a philosophy professor, and Kristen's set to be shooting the film for a few days.

Over the past few months, the actress has been filming scenes for Camp X-Ray and Sils Maria. It's been a busy time for Kristen, and last week, she and her ex-boyfriend Robert Pattinson were seen together for the first time in nearly five months. It's the first time they've been spotted together since their breakup, and Kristen was driving her blue truck while Rob followed closely behind in his white Jeep.