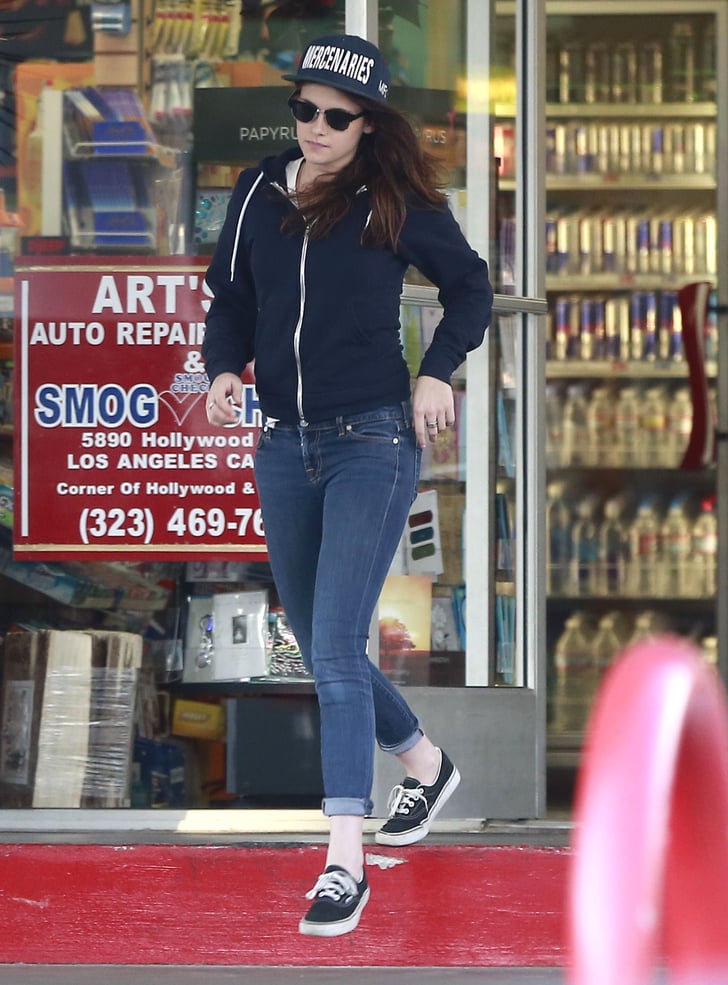 Kristen Stewart kept things casual while stopping at a gas station in LA on Friday, sporting her go-to baseball hat for a day out. The actress is back in California after spending time in the Big Apple, where she filmed her latest project, Anesthesia. Over the Thanksgiving holiday, Kristen was spotted with friends, grabbing some last-minute items at a grocery store, and she "flipped out" a few weeks ago with her signature shades. Following some busy months of filming, Kristen is now preparing for more movies, including a role in The Big Shoe, which will reportedly begin filming in April, and American Ultra, a new comedy she recently signed on for alongside Jesse Eisenberg.