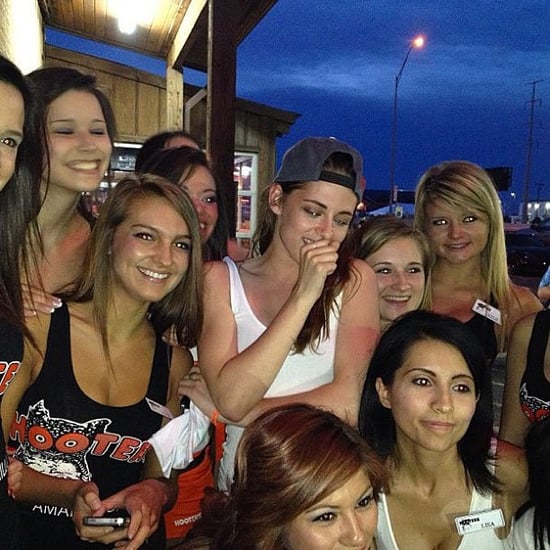 Kristen Stewart made quite the appearance at Hooters in Amarillo, TX, over the weekend! According to a source, Kristen enjoyed the restaurant's famous chicken wings and beer and agreed to pose for photos with a group of waitresses and fans after finishing her meal. Although she reportedly asked for the pictures not to be shared on social media, a couple of snaps popped up on Instagram, with one fan writing, "Kristen Stewart taking a picture with my little sister at Hooters, NBD."

Kristen has been spotted out and about smiling since her May split from Robert Pattinson. She flashed a grin while heading to a meeting in LA last week and has been stepping out for multiple lunches and dinners with girlfriends around the city. She's also getting back to work — Kristen is filming two movies, Camp X-Ray and Sils Maria, this Summer.

by Kara Kia 20 minutes ago