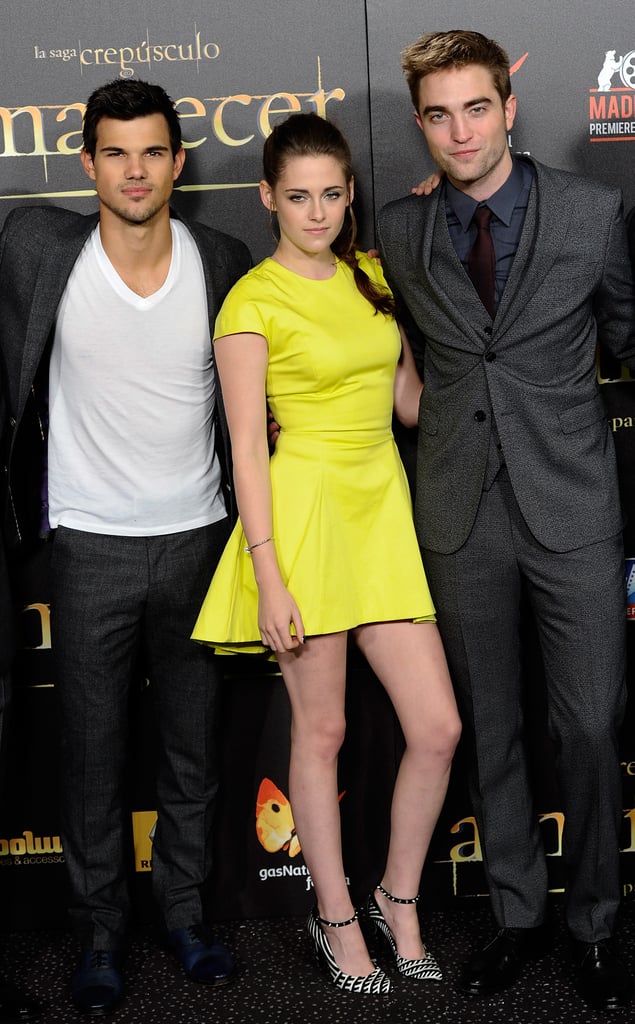 All eyes were on a neon-clad Kristen Stewart, in a Dior dress and Barbara Bui stilettos, at today's Madrid premiere of Breaking Dawn Part 2. She was joined by her constant red-carpet companions Taylor Lautner and Robert Pattinson for the latest leg of their international press tour. The trio flashed smiles for photographers before heading inside, where fans eagerly waited to screen the final installment in the Twilight franchise.

The film opens at midnight, and some analysts predict Breaking Dawn Part 2 will earn at least $130 million during opening weekend. So far, reviews have been less than glowing, but that isn't deterring die-hard fans from swooping up tickets. Before saying farewell to Edward, Bella, and the entire Cullen clan, be sure to catch up on all the films with our comprehensive recap of the entire Twilight Saga.

Celebrity Couples
OK, Seriously, Is It Possible For Zendaya and Tom Holland to Be Any Cuter Around Each Other?!
by Njera Perkins 3 hours ago

Ciara
Ciara Serenading Russell Wilson For His 33rd Birthday Is the Sweetest Thing!
by Princess Gabbara 4 days ago