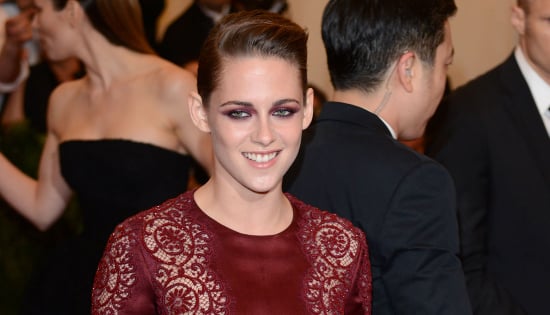 Kristen Stewart has lined up two new movie projects after wrapping up The Twilight Saga. Kristen will star in Camp X-Ray and Sils Maria, two dramas that are slated to start production this Summer. In Camp X-Ray, she will play a young woman who escapes her small town by joining the army and going to war in Iraq, and in Sils Maria she will take on a supporting role as an assistant to an actress struggling with entering middle age, played by Juliette Binoche. Sils Maria will start production in Europe in a few months while Camp X-Ray will begin shooting in the late Summer months. It was announced late last year that Kristen will star in The Big Shoe, but there has been no word on when production will start for that film. We heard rumors that Kristen would star in Camp X-Ray a few weeks ago but now the film is confirmed.

Kristen's new slate of work comes hot on the heels of her breakup with Robert Pattinson. The two reportedly split last month on Rob's 27th birthday following an argument over party plans. Kristen has been spending time with her friends since the split news and she spent Memorial Day weekend in LA with a group of pals. Meanwhile, Robert Pattinson headed off to Santa Barbara to attend friend Katy Perry's Memorial Day party. Kristen also had a busy weekend when she attended friend Max Thieriot's wedding last Saturday.