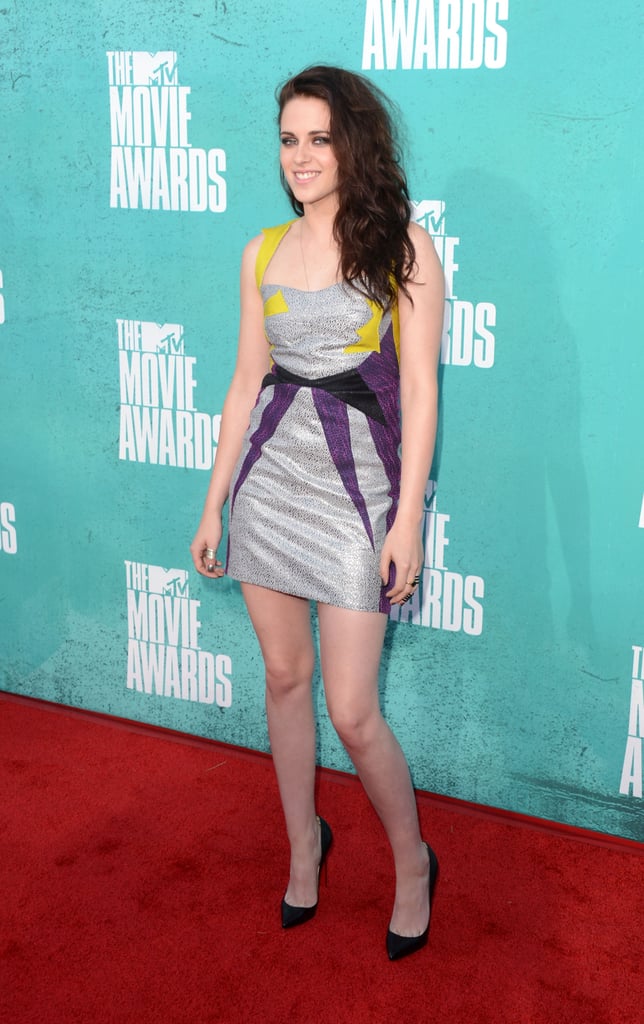 Kristen Stewart rocked a mini on the red carpet this evening at the MTV Movie Awards. It's been a big weekend for Kristen, since her Snow White and the Huntsman opened at the top of the box office. This evening she will be celebrating with her costars Charlize Theron and Chris Hemsworth. Kristen will also have a chance to connect with some of her old costars from the Twilight series. Their Breaking Dawn — Part 1 is up for best movie. Kristen's been a part of plenty MTV Movie Awards highlights in years past, and we'll see if she makes small-screen history again this evening. What do you think of Kristen's look? Weigh in on all of our MTV Movie Awards style polls.