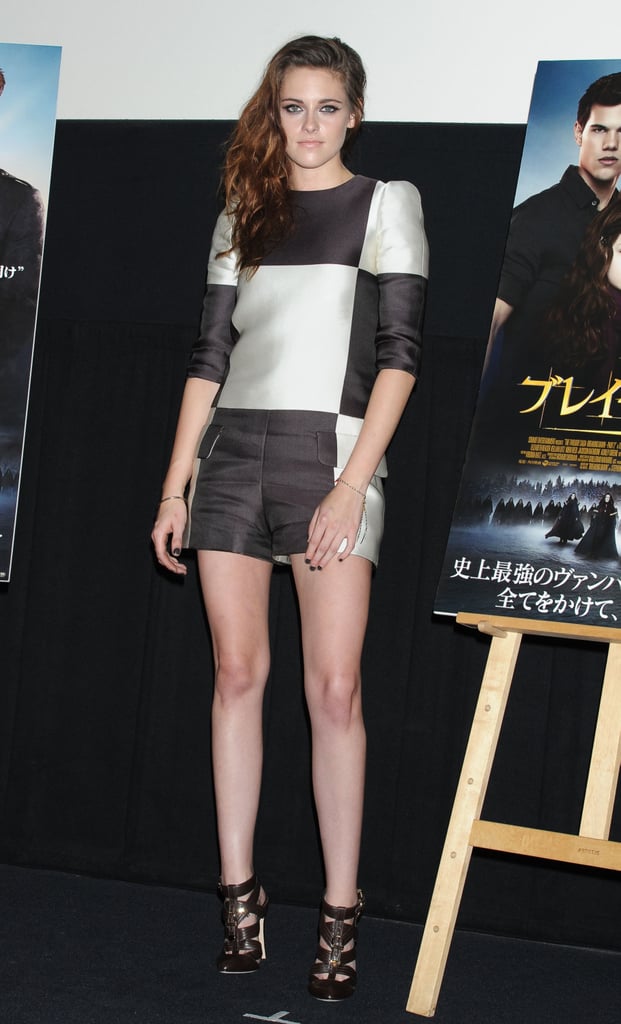 Kristen Stewart showed some leg in a Louis Vuitton romper this morning at a photocall for Breaking Dawn Part 2. She was at the Kumano Shrine in Tokyo to strike poses for the camera. Kristen arrived in Japan just two days ago, ready to kick off her press tour for the final film in the Twilight saga. While she's in Asia, Robert Pattinson went to Australia to handle his own interviews and photo duties. The third in their Twilight trio, Taylor Lautner, is heading to Brazil. The debut of Breaking Dawn Part 2 is less than a month away, and a just-released video will further amp up the anticipation for its release. A new Twilight featurette gives a behind-the-scenes look at the making of the finale.