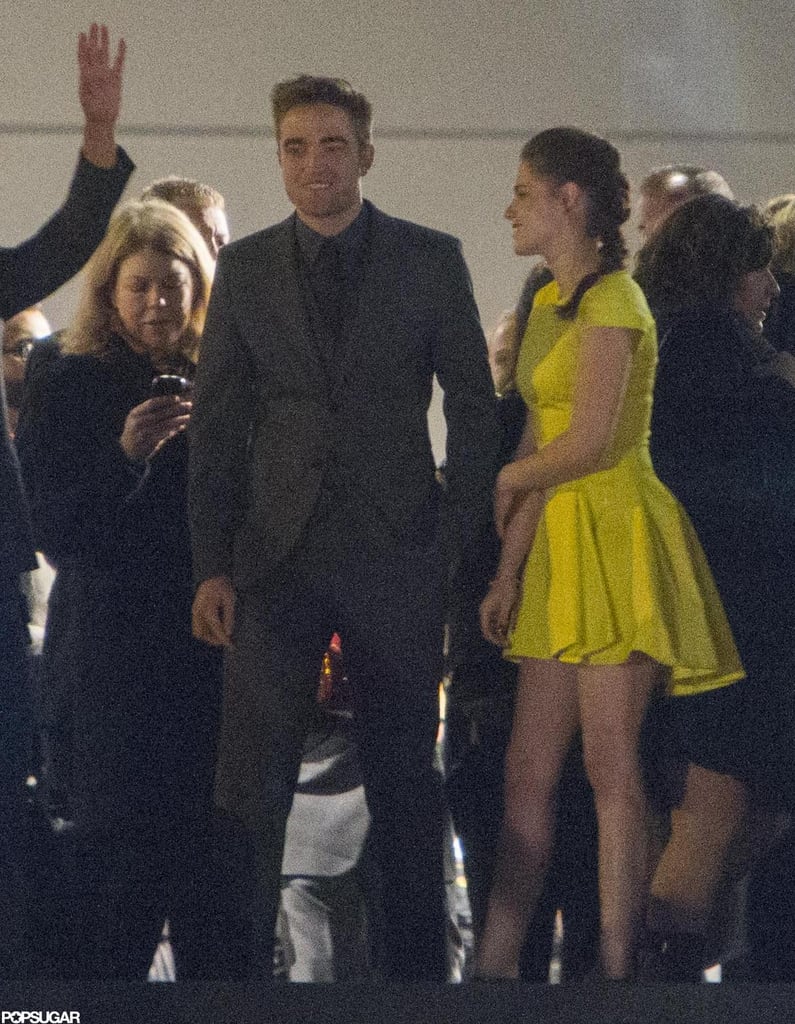 Robert Pattinson, in Dolce & Gabbana, and Kristen Stewart stayed close as they left the Madrid premiere of Breaking Dawn Part 2 last night and headed to the afterparty. Kristen wore a bright yellow Dior dress for their big Spanish debut, while Rob was in Dolce&Gabbana. It was the end of a long promotional day for Robert and Kristen. They kicked things off at an a.m. photocall, then swung by the studios of the TV show El Hormiguero. Rob, Kristen, and their costar Taylor Lautner have been crisscrossing Europe over the last few days talking up the last Twilight film. The picture arrives in US theaters today — check out our review of Breaking Dawn Part 2.

Kristen Stewart
Spencer: The Secret Behind Those Giant Pearls Kristen Stewart Ate at the Holiday Dinner
by Chanel Vargas 3 weeks ago