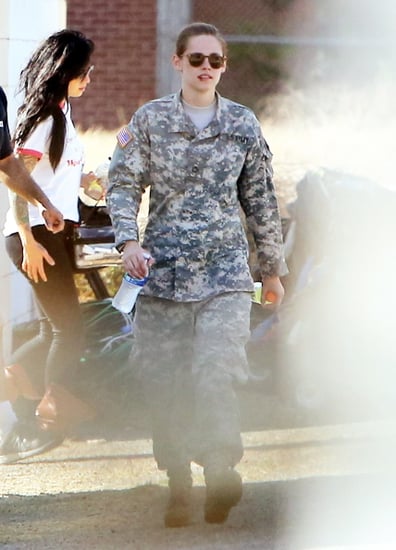 Kristen Stewart was back on the set of her new film, Camp X-Ray, in LA on Friday, and it seems like she's getting a bit beat up! The actress showed up to set once again in Army fatigues and was also sporting a bloody lip as part of her costume. Kristen was on set without the fake bloody lip earlier this week, switching from sweats to her camouflage gear. This film has been Kristen's first project since returning from her trip abroad, where she showed off her new tattoos and attended Paris Haute Couture Fashion Week.