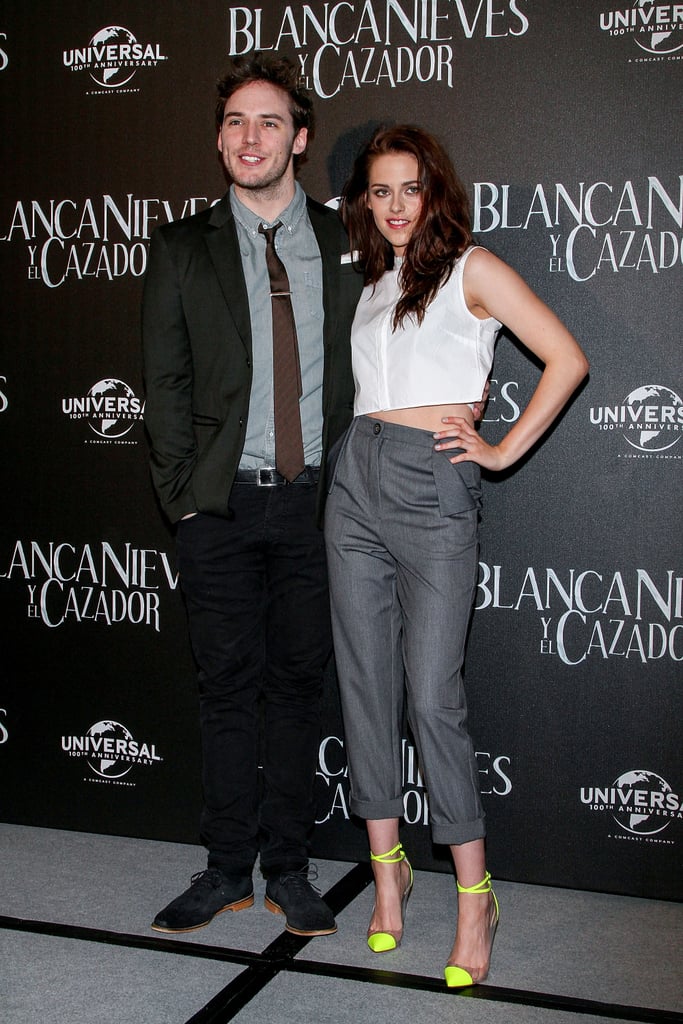 Kristen Stewart and her Snow White and the Huntsman costar Sam Claflin popped up in Mexico City this afternoon. The duo did press at the St. Regis Hotel after promoting the film in Europe last week. Kristen and Sam made appearances in London, Berlin, and Madrid where they were also joined by Charlize Theron. Leading man Chris Hemsworth attended the exciting UK premiere but didn't continue on the rest of the itinerary with the cast since he welcomed his first child just over a week ago. Chris debuted baby India Rose during a walk in London with his wife, Elsa Pataky.