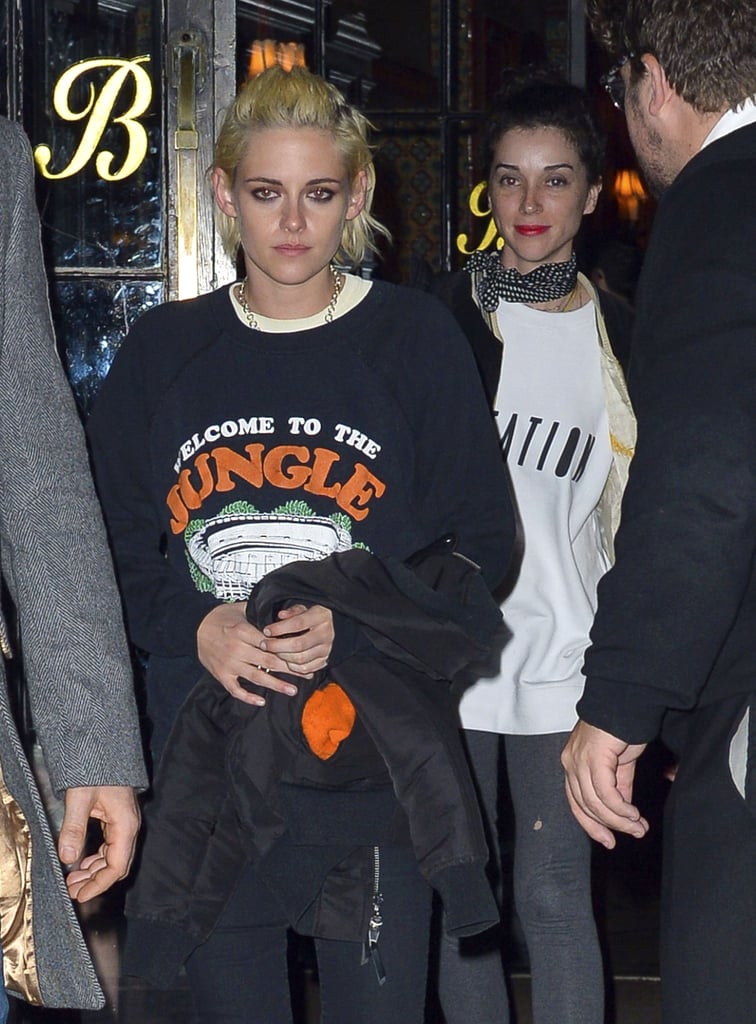 After taking the New York Film Festival by storm, Kristen Stewart was seen leaving The Bowery Hotel in NYC with her rumored new girlfriend, St. Vincent, on Sunday. While the pair steered clear of any PDA, St. Vincent flashed a sweet smile as she walked behind Kristen. The potential couple originally sparked dating rumors after they were spotted hanging out in the Big Apple earlier this month. According to sources, Kristen brought the singer to her Certain Women premiere on Oct. 3 and "they spent almost every day together after that." A source close to the pair also revealed, "It's been very romantic . . . Kristen is always whispering closely in her ear and asking her opinion."

Related:
Take a Look Back at All the People Kristen Stewart Has Dated
Previous Next Start Slideshow
Kristen StewartSt. VincentCelebrity Couples