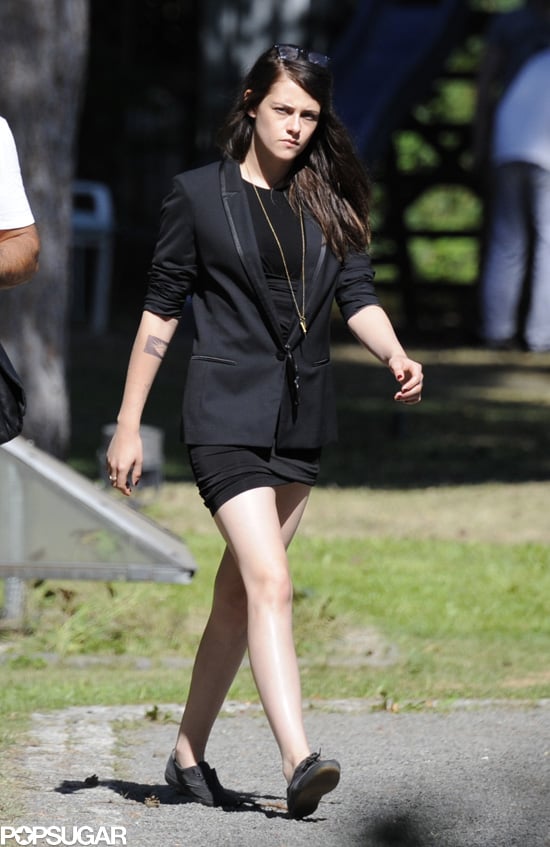 Kristen Stewart was sporting a noticeable new tattoo on her right forearm as she popped up in Berlin to begin filming for her new project, Sils Maria, today. Kristen may be sporting the ink for her new role in the film, though she is no stranger to body art since she recently debuted two new tattoos during a trip overseas for the Paris Haute Couture shows last month. Her real-life ink includes four straight lines on her left wrist and an infinity symbol on her right, which she reportedly had done at a Nashville tattoo parlor in June. See a close-up of the new tattoo below. 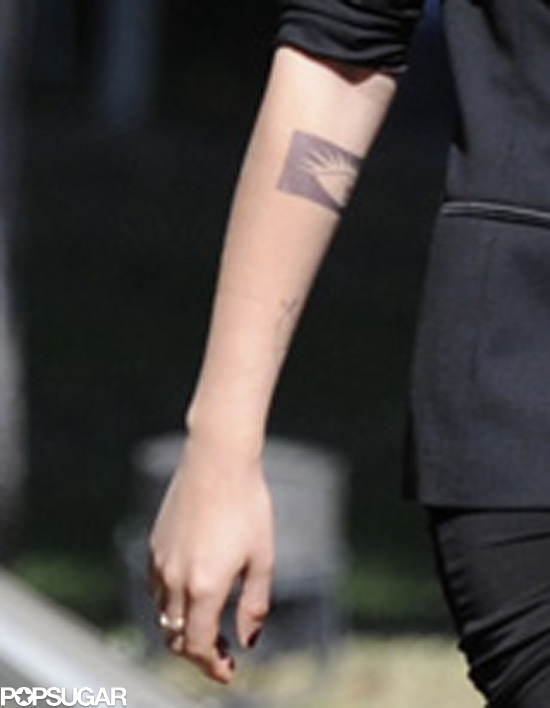 Kristen jetted out of LA after rumors circulated that she and her ex-boyfriend Robert Pattinson were working towards reconciling. It may not be easy to keep Rob off her mind, despite being stationed overseas, since her new film has many ties to her former flame. In Sils Maria, Kristen stars opposite of Juliette Binoche, who played Rob's love interest in Cosmopolis, and Tom Sturridge, who is Rob's best friend. Another connection comes through Rob's current Maps to the Stars costar, Mia Wasikowska, who previously dropped out of the role that Kristen is now occupying.