The countdown to 2012 is on, and while we look forward to a new year ahead, we're also taking the time to look back at the last 12 months. There were so many major celebrity headlines in 2011, we're asking for your help as we determine the biggest news story of the year!

Kristen Stewart revealing that, yes, Robert Pattinson is her boyfriend and Natalie Portman's award-season sweep are two of the 64 stories going head-to-head in the running for the year's most notable. Don't forget to play our biggest celebrity headlines of 2011 bracket now and rank your own personal favorites! 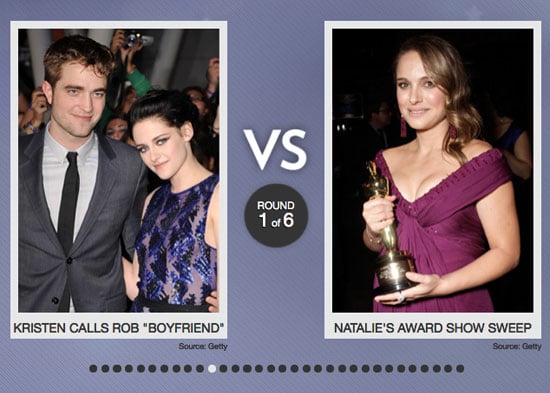