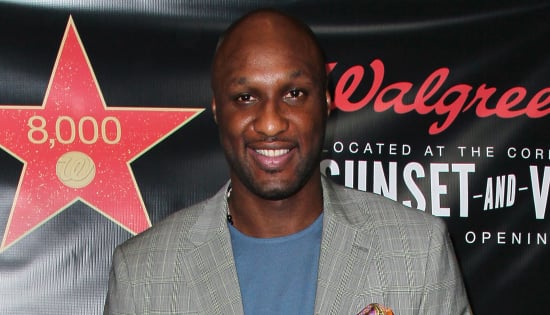 Early Friday morning, basketball player Lamar Odom was arrested for a DUI. At 3:54 a.m., the California Highway Patrol pulled him over for driving too slowly at 50 mph, and he then showed "objective signs of intoxication." Following his arrest, Odom refused to take a chemical test at the jail, leading to a one-year suspension of his driver's license, and he was released hours later on $15,000 bail. It's been a difficult time for Odom, with recent rumors of a drug addiction and troubles within his marriage to Khloé Kardashian making headlines. On Aug. 25, Khloé took to Twitter to voice her frustration, tweeting, "Really hard to sit here and listen to people talk sh*t about my family! F*** you and shame on you! I'm too protective for this sh*t!"

Celebrity News
R. Kelly Found Guilty on All Counts in Racketeering and Sex-Trafficking Trial
by Njera Perkins 3 weeks ago