Lauren Conrad sported a sheer cover-up over a little black bikini to host a pool party at TAO Beach in Las Vegas on Saturday. Lauren geared up for her fun weekend by shopping at Herve Leger, going for a hike with Frankie, and posing for a photo shoot for her new Kohl's line. She was off to NYC yesterday morning, twittering that she bought the SATC prequel The Carrie Diaries to read on her flight. A few of LC's former Hills costars have hosted similar soirees this year — like Stephanie Pratt, Audrina Patridge, Heidi Montag, and Kristin Cavallari — though it looks like in true LC style she kept things classy and cute even in Sin City. 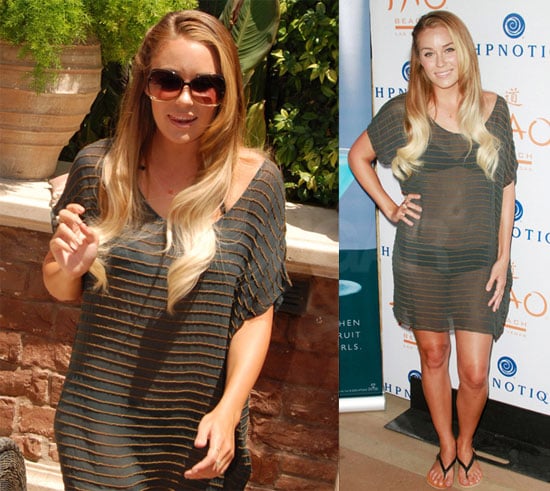 Kendall Jenner
Kendall Jenner's Hibiscus-Print Bikini Is Still in Stock, but Don't Quote Us on That Later
by Sarah Wasilak 4 days ago

Celebrity Instagrams
The Highlight of Tracee Ellis Ross's Beach Party For One? Her High-Waisted Lounge Pants
by Chanel Vargas 5 days ago