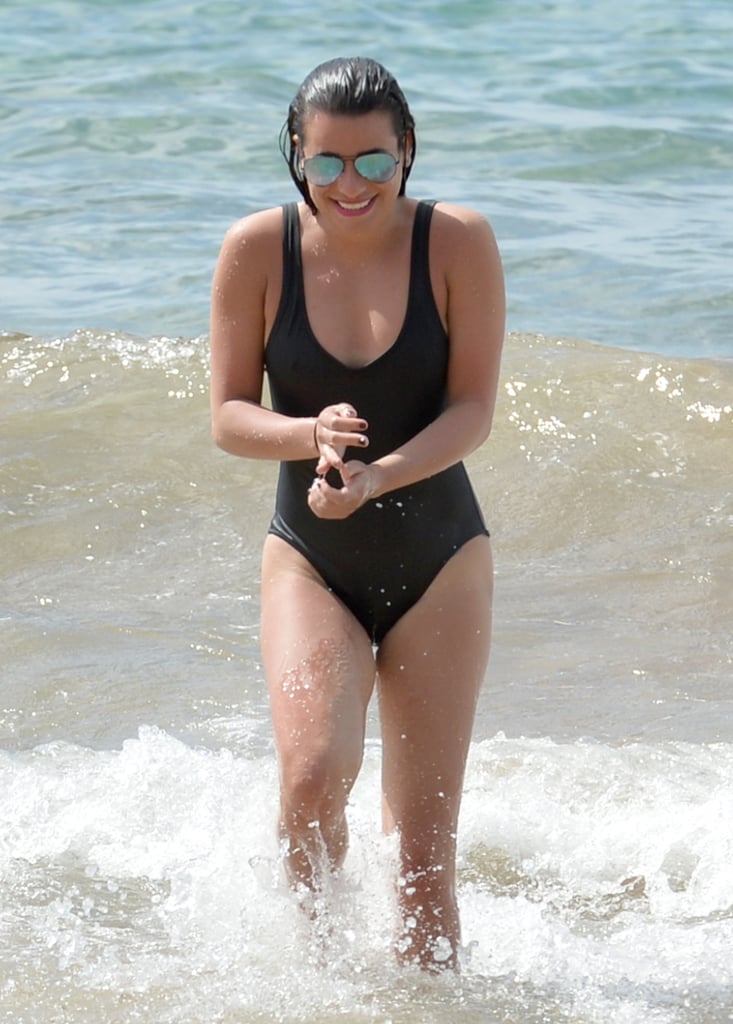 There's no question that Lea Michele looks damn good in a swimsuit, and on Tuesday, the Scream Queens star was spotted on a tropical getaway with friends in Hawaii. The 30-year-old soaked up some vitamin D in a black one-piece that accentuated her figure in all the right places, and she appeared to be having a blast while splashing around in the water. Lea has also been sharing tons of photos from her trip on Snapchat and Instagram, including one of herself lounging in the pool. Between her racy social media photos and her role on Scream Queens, Lea is one star we can't get enough of.

Celebrity Instagrams
Olivia Rodrigo's Riff on Britney Spears's "...Baby One More Time" Outfit Is as Brilliant as It Sounds
by Sarah Wasilak 15 hours ago